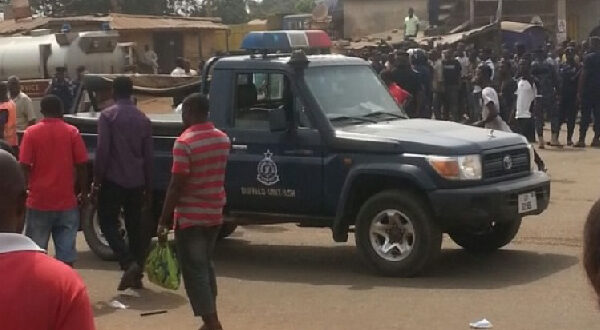 According to the victim, a guy by name Ramsey who dwell at Gomoa Dominase proposed to her and after her acceptance the newly boyfriend invited her over to his place. She said, her boyfriend and three other guys force and Rape her during her visit.

The victim added that, she received 5 strong rounds of sex from the 4 suspects and she has been breeding over three day now.

The 4 suspects names given us, Kwaku Derrick aka Rock, Ramsey, Joe aka Maa Shuga and Nicholas

The suspects has been transferred to Kasoa Divisional Police Command.