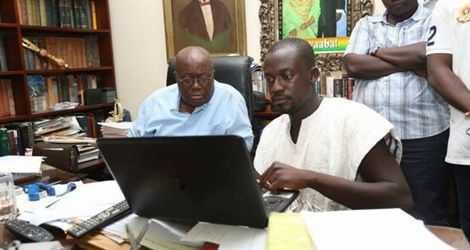 The Director of Communication (DoC), at the presidency, Eugene Arhin has explained the seeming delays associated with the naming of Metropolitan, Municipal and District Chief Executives (MMDCEs).

It follows growing concerns about the delay in the announcement.

Addressing members of the Presidential Press Corps at the maiden press briefing at the Jubilee House Friday, he said “the President makes the point that currently there is no vacuum at the various Metropolitan, Municipal and District Assemblies because the old MMDCEs are still in office and on a day to day basis going about their respective duties.”

“So as and when he decides to make the announcement which I believe should be soon, I believe through the Minister for Local Government and Rural Development that announcement will be made”, he noted.

He, therefore, insisted “it is not hampering the works of the Assemblies at the various Metropolitan, Municipal and District levels so I dont think there should be any course for concern because work is still ongoing at the various MMDCE levels.”

The appointment of MMDCEs took a two-prong approach with the setting up of committees at the regional levels to vet persons who expressed interest in the positions.

Ghanaians Comments after the address by the communication Director at the Presidency guessing that probably, the President Nana Addo Dankwa Akuffo Addo will eventually confirm all the current MMDCEs to continue be at post.