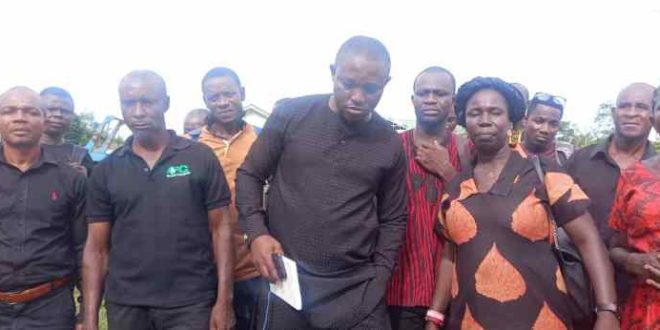 The Assembly Members of Bosome Freho District of the Ashanti Region, on June 16, 2022, Thursday, gathered in black and red colours.

The idea of the members to go black and red comes after the District Executive Officer (DCE) for the area, Hon Yaw Danso declared himself dead.

Hon. Yaw Danso, the Bosome Freho DCE in an interview with Edubiaseman FM, announced his demise after the female interviewer asked him, ” Hon., please where are you because the Assembly Members in your area say they can’t find you”.

They Honourable Member in the video going round and listened to by Filasconews.com responded, ” Me, they are still looking for me, I’m dead, tell them I’m dead”.

This comment has generated a lot of backlashes for him including the Deputy Minister of Local Government and Rural Development, Hon. Collins Ntim.

The Minister described the comment from the DCE as below the belt and called for calm on part of the Assembly Members as his ministry is set to address their grievances.

To sympathised with the so called ‘Late DCE’s’ family and loved ones, all the Twenty Two Assembly Members who have vowed to pass vote of no confidence against the DCE, put on funeral cloths as a way of mourning their departed District Chief Executive Officer, Hon. Yaw Danso.

In a related development, Filasconews.com has gathered that, the Ashanti Regional Minister, Hon. Simon Osei Mensah and the Regional Chairman of the New Patriotic Party (NPP), Mr. Bernard Antwi Boasiako popularly known as Chairman Wontumi met the assembly members yesterday to settle the issue between them and the DCE amicably but it was unsuccessful.

The members insisted that, they’ll still pass vote of no confidence against the DCE, whether he attends or refuses to their meeting.

See the dressing of the Assembly Members below: 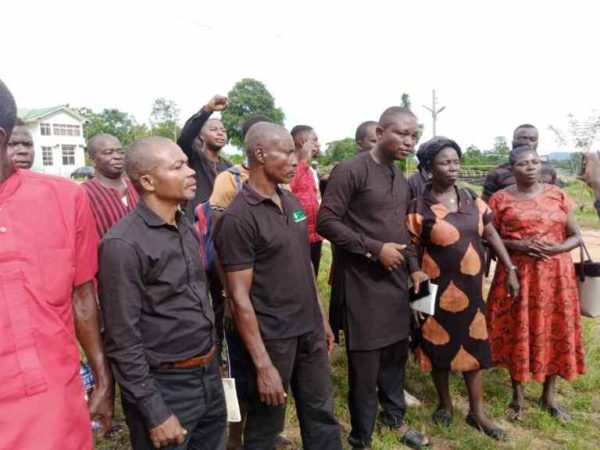