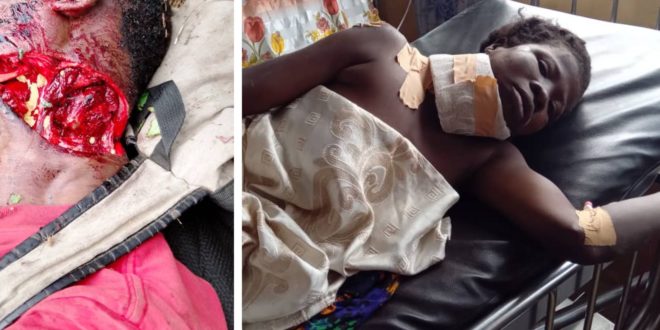 The Suhum Police Command has arrested a 25 year old Farmer and a steel Bender Daniel Mordzo for Allegedly slashing the throat of his colleague 35 year old Farmer Kwaku Addo, who they share direct boundary to death in a farm over Cassava, whilest the wife and the 4 year old baby of the victim are in critical condition. 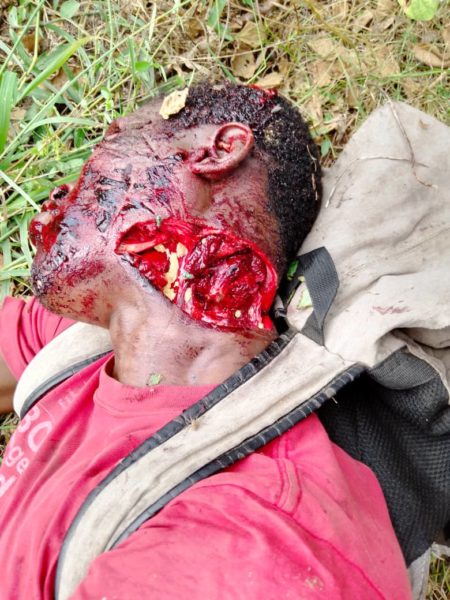 This unfortunate incident happened at Amenase Aboabo, a farming community in the Ayensuano District close to Suhum.

The wife of the deceased farmer who sustained same cutlass wounds managed to escape with his 4 year old daughter at her back for shelter at a farm house. 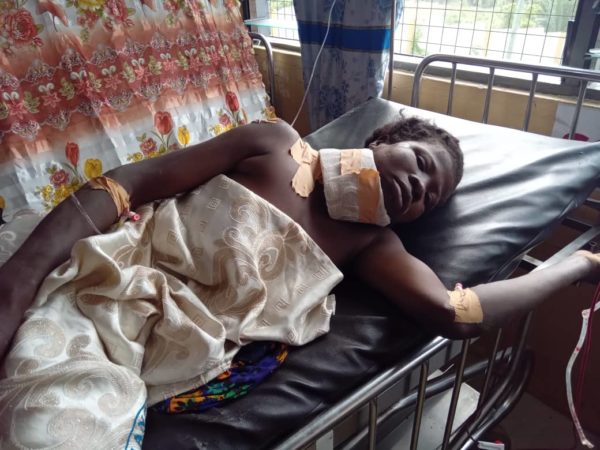 Residents especially farmers in the area were thrown into a state of shock after they received the report.

But for some time now, Daniel Mordzo has been accusing Kwaku Addo for stealing his cassava.

This generated misunderstanding between the two since last year Which was not addressed until this unfortunate.

After the incident, Daniel Mordzo escaped and the case was reported at the Suhum police station where Detective sergeant Fred Adusei and detective Corporal Stephen Amoako went to the community to apprehend the suspect.

The injured wife of the deceased Madam Dede Faustina was rush to Suhum government hospital which she’s on admission receiving treatment. 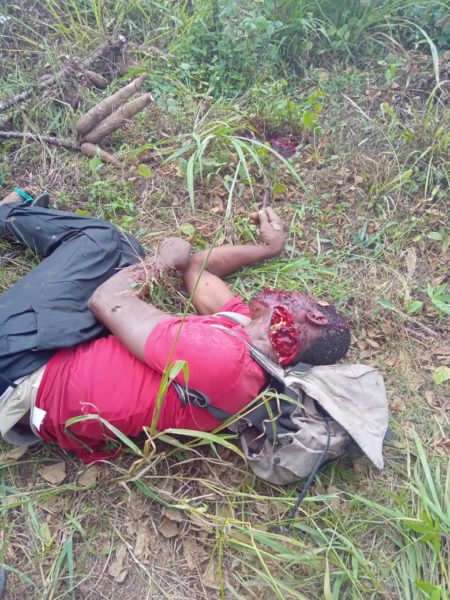 Narrating what happened over the weekend, Daniel Mordzo said, the deceased started attacking him without any provocation when he met and questioned the deceased of harvesting cassava in his farm.

Daniel Mordzo continued what happened and confirmed that he slashed the throat of the colleague farmer when defending himself.