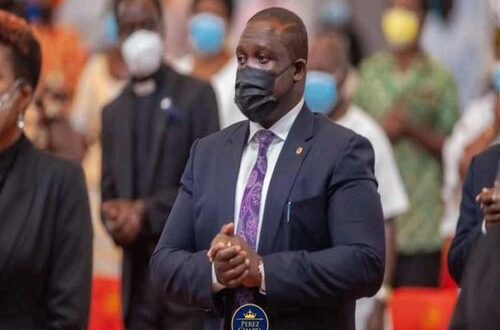 Sam George has applauded Nana Addo and Ghanaians can not believe their eyes. The message which was sent by the Ningo prampram member of parliament is causing a lot of stir on social media at the moment.

When politicians argue or have contradicting views on matters of state, there is almost no or never an occasion where these two meet eye with eye.

But the few politicians who have decided to cheer their opponents up for doing a great job are also doing it just when their support is somehow needed.

Not long ago, Sam George attacked the president and his officials for allegedly buying the private jet which was previously hired by the president for his trips.

Today, he is here again with another message which supports some actions from government. The covid-19 has hurt economies and crippled businesses.

And even though we assume it is not in the system anymore, people are battling serious complications from the virus and others are being infected with new strains.

This is why one of the measures from government is expecting that the Covid vaccine is mandatory especially for people who want to go and come into this country.

This policy has been heavily applauded by Sam George this morning and this is something we, the lovers of this country would want to see.

When individual interests are positioned right before the interest of the country, it does not affect anyone but we the citizens of this country.

And that is why I will applaud Sam George for being the kind of leader that his constituency and citizens of this country want to have.

People are surprised to see this coming from him but once in a while, a politician must crawl out of his own zone to do what is needful for this country try disregarding political interests.

Politics is a game of contradicting interests and values or visions as well. But when politics steer to the direction of who it favors the most whiles disregarding the country’s interests, the goals of what politics is truly meant for changes and the country suffers.