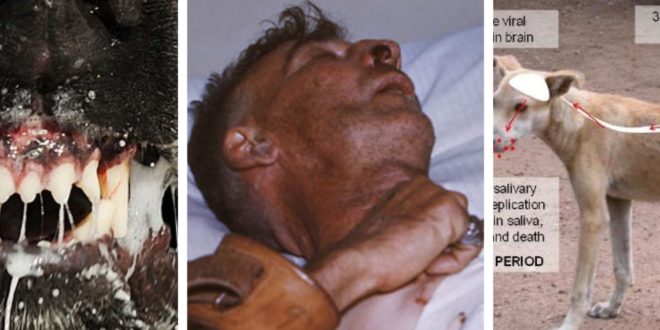 The Ghana Health Service (GHS) has issued a health alert following a confirmed rabies outbreak in the Ashanti Region.

As of Monday, September 12, 2022, the region had recorded a total of four confirmed cases and one probable case.

The cases were reported from Asante Akim South, Bosomtwe and Kwabre East with a case fatality rate of 100 per cent.

“The Regional Health Directorate brings to the notice of all health facilities, a rise in confirmed outbreak of rabies and deaths in three districts in the Ashanti Region,” the Service said in an alert.

The GHS alert further urged all health facilities across the country to start taking precautions against the disease.

It added that the facilities should be on the lookout for suspected cases of persons with headaches, neck pain, nausea, fever, fear of water, anxiety, agitation, abnormal tingling sensations or pain at the wound site or contact with a rabid animal.

The GHS also ordered all the Regional Health Directorates across the country to enhance community/public sensitization to rabies, improve case search for rabies in the facilities, follow up and treat all cases of dog bites, and liaise with veterinary officers in districts for dog vaccination exercise.

Rabies is a vaccine-preventable, zoonotic, viral disease. Once clinical symptoms appear, rabies is virtually 100% fatal. In up to 99% of cases, domestic dogs are responsible for rabies virus transmission to humans.

Yet, rabies can affect both domestic and wild animals. It is spread to people and animals through bites or scratches, usually via saliva.

Rabies is present on all continents, except Antarctica, with over 95% of human deaths occurring in the Asia and Africa regions.

Rabies is one of the Neglected Tropical Diseases (NTD) that predominantly affects poor and vulnerable populations who live in remote rural locations. Approximately 80% of human cases occur in rural areas.

Although effective human vaccines and immunoglobulins exist for rabies, they are not readily available or accessible to those in need. Globally, rabies deaths are rarely reported and children between the ages of 5–14 years are frequent victims.

Managing a rabies exposure, where the average cost of rabies post-exposure prophylaxis (PEP) is currently estimated at an average of US$ 108 can be a catastrophic financial burden on affected families whose average daily income may be as low as US$ 1–2 per person

Every year, more than 29 million people worldwide receive a post-bite vaccination. This is estimated to prevent hundreds of thousands of rabies deaths annually.

Globally, the economic burden of dog-mediated rabies is estimated at US$ 8.6 billion per year.

Prevention:
Rabies is a vaccine-preventable disease. Vaccinating dogs is the most cost-effective strategy for preventing rabies in people. Dog vaccination reduces deaths attributable to dog-mediated rabies and the need for PEP as a part of dog bite patient care.

Awareness on rabies and preventing dog bites:
Education on dog behaviour and bite prevention for both children and adults is an essential extension of a rabies vaccination programme and can decrease both the incidence of human rabies and the financial burden of treating dog bites.

Increasing awareness of rabies prevention and control in communities includes education and information on responsible pet ownership, how to prevent dog bites, and immediate care measures after a bite.

Engagement and ownership of the programme at the community level increases reach and uptake of key messages.

Immunization of people:
The same vaccine is used to immunize people after an exposure (see PEP) or before exposure to rabies (less common).

Pre-exposure immunization is recommended for people in certain high-risk occupations such as laboratory workers handling live rabies and rabies-related (lyssavirus) viruses; and people (such as animal disease control staff and wildlife rangers) whose professional or personal activities might bring them into direct contact with bats, carnivores, or other mammals that may be infected.

Pre-exposure immunization might be indicated also for outdoor travellers to and expatriates living in remote areas with a high rabies exposure risk and limited local access to rabies biologics.

Finally, immunization should also be considered for children living in, or visiting such areas. As they play with animals, they may receive more severe bites, or may not report bites.

Symptoms:
The incubation period for rabies is typically 2–3 months but may vary from 1 week to 1 year, dependent upon factors such as the location of virus entry and viral load.

Initial symptoms of rabies include a fever with pain and unusual or unexplained tingling, pricking, or burning sensation (paraesthesia) at the wound site.

As the virus spreads to the central nervous system, progressive and fatal inflammation of the brain and spinal cord develops.

There are two forms of the disease:

Furious rabies results in signs of hyperactivity, excitable behaviour, hydrophobia (fear of water) and sometimes aerophobia (fear of drafts or of fresh air). Death occurs after a few days due to cardio-respiratory arrest.

Paralytic rabies accounts for about 20% of the total number of human cases. This form of rabies runs a less dramatic and usually longer course than the furious form.

Muscles gradually become paralysed, starting at the site of the bite or scratch. A coma slowly develops, and eventually death occurs.

The paralytic form of rabies is often misdiagnosed, contributing to the under-reporting of the disease.

Diagnosis:
Current diagnostic tools are not suitable for detecting rabies infection before the onset of clinical disease, and unless the rabies-specific signs of hydrophobia or aerophobia are present, clinical diagnosis may be difficult. Human rabies can be confirmed intra-vitam and post mortem by various diagnostic techniques that detect whole viruses, viral antigens, or nucleic acids in infected tissues (brain, skin or saliva)

2: Transmission:
People are usually infected following a deep bite or scratch from an animal with rabies, and transmission to humans by rabid dogs accounts for up to 99% of cases.

In the Americas, bats are now the major source of human rabies deaths as dog-mediated transmission has mostly been broken in this region. Bat rabies is also an emerging public health threat in Australia and Western Europe. Human deaths following exposure to foxes, raccoons, skunks, jackals, mongooses and other wild carnivore host species are very rare, and bites from rodents are not known to transmit rabies.

Transmission can also occur if saliva of infected animals comes into direct contact with human mucosa or fresh skin wounds. Contraction of rabies through inhalation of virus-containing aerosols or through transplantation of infected organs is described, but extremely rare. Human-to-human transmission through bites or saliva is theoretically possible but has never been confirmed. The same applies for transmission to humans via consumption of raw meat or milk of infected animals.

Previous BABM: Care International Supports Vulnerable Females With Start Up Kits
Next “no man proposed to me since I was born” 92yr old virgin Lady reveals [watch shocking video]