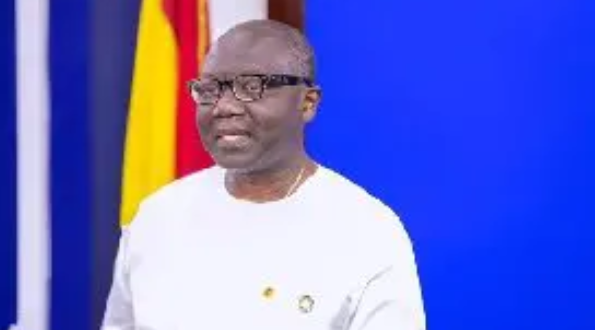 Minister of Finance Ken Ofori-Atta has said that the time has come for Ghanaians to advance reforms and unleash local production capabilities.

According to him, the country could no longer continue to import goods from other countries, indicating that the ministry would continue to work with the relevant regulatory authorities to reverse the trend.

Addressing members of the Association of Ghana Industries (AGI) at a high-level meeting in Accra recently, the minister noted that the challenges the nation is currently facing are daunting and that “the exigencies of the moment have forced us to turn this crisis into an opportunity to resolve our short-term challenges and the long-term structural problems that have inhibited our economic transformation”.

Mr Ofori-Atta reiterated President Nana Akufo-Addo’s call for a reduction in the dependence on imported goods and enhance the country’s self-reliance, noting: “Clearly, the time has come for us to put in place the foundations that would allow our industry to be the backbone of our resilience and structural transformation”.

Giving statistics to buttress his claim for a shift from importation to local production, he disclosed that between 2017 and 2020, the government spent as much as GHS 6.874 billion on the importation of rice, GHS 3.993 billion on fish, GHS 1.881 billion on chicken (processed), GHS 487 million on meat, GHS 281 million on vegetables and an estimated GHS 184 million on poultry.

On the cedi depreciation, the minister underscored the need for all to support the government’s drive for import substitution, as that could lead to stabilisation of the cedi and commended the AGI for the continuous support of policies and initiatives that supported the local industries.

In his state address on the economic crisis on Sunday, 30 October 2022, President Nana Akufo-Addo said an anonymous WhatsApp audio that got circulated widely on social media platforms recently, did a lot of damage to the cedi.

He explained: “The recent turbulence on the financial markets was caused by low inflows of foreign exchange, and was made worse in the last two to three weeks, in particular, by the activities of speculators and the Black Market.”

“An anonymous two-minute audio message on a WhatsApp platform predicting a so-called haircut on Government bonds sent all of us into banks and forex bureaus to dump our cedis, and, before we knew it, the cedi had depreciated further”, he pointed out, adding: “All of us can play a part in helping to strengthen the cedi by having confidence in the currency, and avoiding speculation”.

The president urged: “Let us keep our cedi as the good store of value it is. To those who make it a habit of publishing falsehoods, which result in panic in the system, I say to them that the relevant state agencies will act against such persons.”

“Indeed, some steps have been taken to restore order in the forex markets and we are already beginning to see some calm returning. We will not relent until order is completely restored.”

He said the following actions have been taken thus far: Enhanced supervisory action by the Bank of Ghana in the forex bureau markets and the black market to flush out illegal operators, as well as ensuring that those permitted to operate legally abide by the market rules.

“Already some forex bureaux have had their licences revoked, and this exercise will continue until complete order is restored in the sector; fresh inflows of dollars are providing liquidity to the foreign exchange market, and addressing the pipeline demand; the Bank of Ghana has given its full commitment to the commercial banks to provide liquidity to ensure the wheels of the economy continue to run in a stabilised manner, till the IMF Programme kicks in and the financing assurances expected from other partners also come in”.

Also, he said: “The government is working with the Bank of Ghana and the oil producing and mining companies to introduce a new legal and regulatory framework to ensure that all foreign exchange earned from operations in Ghana are, initially, paid to banks domiciled in Ghana to help boost the domestic foreign exchange market; and the Bank of Ghana will enhance its gold purchase programme.

“I am confident that these immediate measures designed to change the structure of our balance of payment flows, sanitise the foreign exchange market to ensure that the banks and forex bureaus operate along international best practices, together with strengthened supervision, will go a long way to sanitize our foreign exchange market, and make it more resilient against external vulnerabilities going forward”.