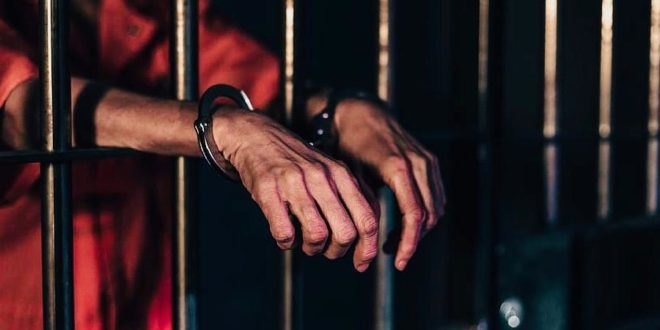 Two persons have been arrested in an operation by the medical And Dental Council for allegedly, practicing medicine illegally, performing an illegal abortion, and defrauding foreign-trained doctors.

The two have been identified as Bright Afful, arrested at Agona Swedru in the Central Region and Samuel Owusu arrested at Adentan New Site in Accra.

The two, according to the council were arrested separately upon a tip-off on December 24, and 30, 2021.

Touching on the activities of Bright Afful, the Acting Registrar of the Medical and Dental Council, Dr. Divine N. Banyubala at a press conference said the Council received several allegations to the effect that some individuals have been collecting monies from some foreign-trained doctors who apply to write Council’s Pre-registration assessment examinations.

He said their report indicated that the said individuals collect monies from the candidates under the pretext that they can help them pass the Council’s examinations.

“These fraudsters claim to have links with some top officials at the Council on whose behalf they collect the monies so that they can secure the questions for them before they sit for the Pre-registration examinations, and or help influence the outcome of the results.”

Dr. Banyubala said their preliminary investigations revealed that Bright Afful was a key person behind these dealings and thorough investigations, it was observed that the suspect also organizes medical outreaches and screening programmes at various rural communities where he takes some of the foreign-trained doctors along to participate in the exercises.

“Our preliminary investigations showed that some of the places they visited included villages around Cape Coast, Akwatia, and Agona Swedru. The suspect is alleged to charge his victims from Gh¢1,000.00 to Gh¢20,000 and the money is paid wholly or in installments over a period and our Council’s investigator was charged 10,000 by the suspect (Bright Afful) to assist him to change his results,” he said.

Adding that, “With the assistance from Agona Swedru Divisional Command of the Ghana Police Service, the suspect was arrested on 24 December 2021 and put before the Cape Coast Circuit Court for trial.”

The Acting Registrar continued that suspect Samuel Owusu was also arrested at Adentan New Site on Thursday, December 30, 2021, after it had received a report of him practicing medicine illegally and performing illegal aborting for his clients.

He said their investigations conducted revealed that the suspect operating from a pharmacy called Kwaowus Pharmacy owned by him at his residence at Adentan New Site charges GHC500 per client before terminating a pregnancy.

Dr. Banyubala maintained that their preliminary investigations revealed that Suspect, Samuel Owusu is a quack doctor, and the certificate he was using to operate was issued by a private hospital in Nigeria and not a Health Training Institution.

“The pharmacy has since been closed down in the interest of public health, safety, and wellbeing.

He was arraigned before the Adentan Circuit Court on December 31, 2021, and remanded into Police custody to reappear on the 4th January 2022. On this date, the accused was granted bail in the sum of Sixty Thousand Ghana Cedis (Gh¢60,000) with three sureties, one to be justified and to report himself to the Police every Tuesday until the final determination of the case,” Dr. Banyubala noted.