At least One person has been confirmed dead after sustaining a gunshot wound others still hospitalised following agitation between residents of Adwumakaase-Kese and Bomfa in the Afigya Kwabre South District of the Ashanti Region over land litigation which has call the presence of the police. 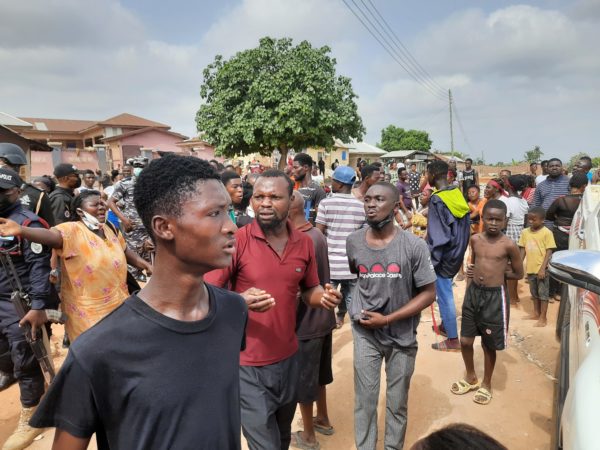 There was disagreement between the police and the residents when the youth demanded the reasons for the arrest of one of their colleagues.

The police in the ensuing confrontation allegedly shot into the crowd wounding two residents.

This was after inhabitants of Adwumakaase-Kese had prevented the Chief of Bomfa from erecting a signpost following a boundary dispute.

But with confirmation of the death of one of the victims Friday morning, the irate youth of Adwumakaase-Kese launched a scathing protest in the the community demanding justice for the deceased.

See also  Ejura: There would have been more death– Brigadier General.

A team of armed police and military have currently been deployed in the two communities to ensure law and order. 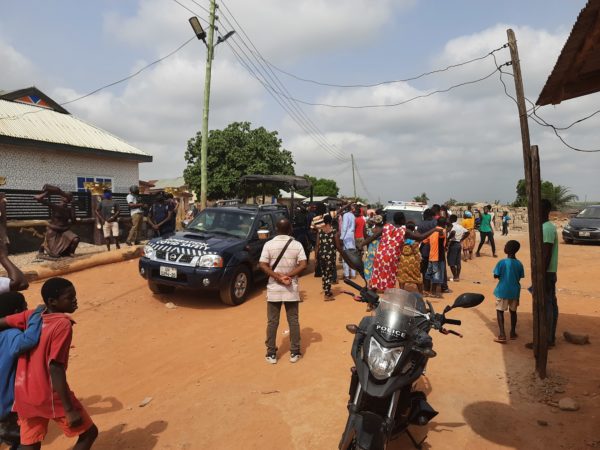 Speaking to Heroesghnews the Assembly man for Adwumakaase-Kese electoral area Hon Rexford Mintah said the young man who suffered gunshot wounds at his waist has passed on”.

Alex Kwame Owusu, 35 and a farmer at Adwumakaase-Kese is said to be the deceased who has married with 6 children.

The Mother of the deceased, Maame Ama Mary lamented and stated that “the news of the her son’s death has bladed her stomach as he(Alex Kwame Owusu) was the sole provider in the family. 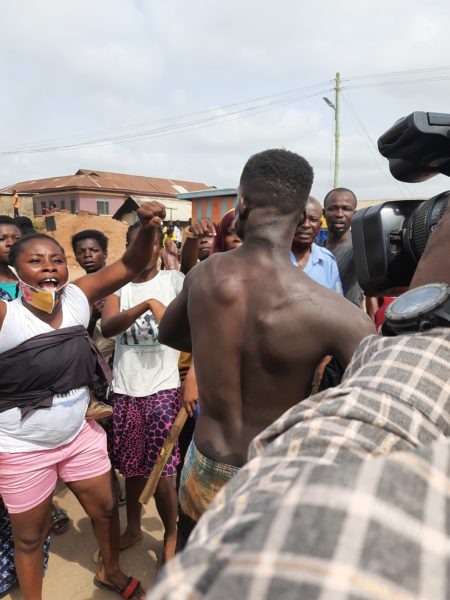