Breaking News
Home / GENERAL NEWS / The 73rd Birth Date Of The Cpp And My Renewed Pledge As An Unrepentant Nkrumaist! 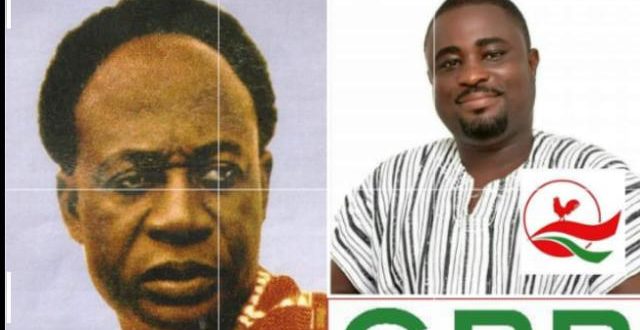 The 73rd Birth Date Of The Cpp And My Renewed Pledge As An Unrepentant Nkrumaist!

THE 73RD BIRTH DATE OF THE CPP AND MY RENEWED PLEDGE AS AN UNREPENTANT NKRUMAIST!

73 years ago today on 12 June 1949, a political party was formed to champion the Liberation of oppressed people Unify tribes and ethnic groups who never knew the power of unity Give them a new identity and champion their well being

That political party was named *The Convention Peoples Party (CPP)

The motive of the party was simply, a Nationalist party that will always put the people’s interest, their well being and their future first

With this mindset the first task was to Liberate the people who were being oppressed in on their own land and the CPP did it!

The second task was to find a new identity for the people and land, and change the Forced identity given to them by the mean oppressor and once again the CPP did it! in 6 March 1957.

Prior to the removal of the forced identity given to the people by the oppressors, a few native Sell outs had argued that the people were not civilized enough to be left on their own, so after 1957 the oppressors were still lurking around, playing a supposed ” Supervisors” role.

The Brave man who led the quest to Liberate his people from the shackles of the oppressors chains which earned him the name Osagyefo! Dr Kwame Nkrumah knew that if it must be done, it must well.

On 1st July 1960 the once upon a time people who were oppressed by foreigners, who were given a name and identity by people who hadly knew them become completely free!

A modern day country was born, with the same status like that of the opressor. The once upon a time tribes and ethnic groups became a Nation called Ghana!

With a name of their own choose, Thier own flag, their own constitution, a single song to unite them called the National Anthem Ghana became a full Sovereign country with the same Status as the country of the Oppressor!

The next line of action was how to develop and creat wealth for the people even though the Oppressor has looted the country for centuries.

An ideology of purpose called Nkrumaism which simply means a planned economy ideology had to be put in place to step by step guide the new country on how to develop like a modern day country whiles at the same time maintaining our identity, culture, history and heritage.

With a well detailed plan dubbed the 7 year development plan State Owned factories, Hotels (the various City hotels which have now been sold) institutions, schools, Super markets (GNTCs across the country), Farms, State transports ( State buses, State own ships called the black star lines, Ghana Airways, state owned trains) and good transportation systems, State owned Research Centers like (CSIR) Estates and apartments where citizens had shelter among many others sprung up across all parts of the country.

The Ghanaian Youth did not only walked with pride but beemed with hope and anticipation of a well planned future.

73 years after seeing a good life, making history and becoming a shinning example for others to learn from, Ghana is once again lost, thanks to some few indiscipline military officers who destroyed everything in 1966.

Today the children of the Opressor are continuing what their father’s did, only this time, they have change their style.

They are oppressing the Republic of Ghana from afar, using economic tactics and institutions.

But Luckily for Ghana, the CPP is still around and willing to do the magic that was once upon a time done.

The 7 year development plan is still around and can be modernized to rebuild this deprived and broken country.

All the Ghanaian has to do is come to the realization that, they elect leaders to make the country work, to make state institutions function and make the people prosper, and over time the *NPP and the NDC have proven beyond a reasonable doubt that they lack all what the CPP have* to make this country restore its lost glory and hope.

Happy Birthday my dear CPP, and Ayekoo to the men and women who have served you and continue to do.

We renew our pledge today to keep holding the Torch of truth that shines and shows the way to the well-being of the Ghanaian.