Breaking News
Home / GENERAL NEWS / 85% of Americans Say the Country is on the Wrong Track & 79% Say US Economy is Poor and Things Getting Worse under Joe Biden’s Leadership : Razak Kojo Opoku Writes to Professor Steve Hanke 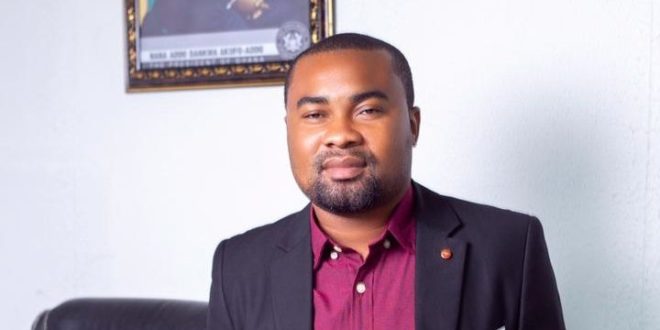 85% of Americans Say the Country is on the Wrong Track & 79% Say US Economy is Poor and Things Getting Worse under Joe Biden’s Leadership : Razak Kojo Opoku Writes to Professor Steve Hanke

It is very funny and interesting for Professor Steve H. Hanke to say that and in fact the 79 year old Professor Steve Hanke forgot that, when you point the finger at someone there are three fingers pointing back at you.

Yes, it is true that, the economic situation in Ghana is not the best largely due to the external global economic difficulties affecting all Countries worldwide. Akufo-Addo’s Government has admitted to the unfortunate economic crisis and steps have been taken just like any responsible Government to mitigate the impact of the Russia-Ukraine War and adverse effects of global COVID-19.

However, I would like to take advantage of this opportunity to educate Professor Steve Hanke about the current economic crisis in his home Country, United States of America.

The VAST MAJORITY of Americans are UNHAPPY with the state of the US Economy.

According to AP-NORC Survey released June 2022:
1. 85% of Americans say the Economy is getting WORSE and that things in the Country are heading in the WRONG DIRECTION.

2. 79% of Americans described the national economy of United States of America as POOR and Things Keep Getting Worse under Joe Biden’s administration.

3. 92% of Republicans are DISSATISFIED with the direction of the Country.

4. 78% of Democrats are DISSATISFIED with the direction of the Country, the highest number among Democrats since President Joe Biden took Office.

According to YouGovAmerica Poll released June 2022:
1. Most Americans say the US Economy is getting worse. 58% of American Citizens described the economy as GETTING WORSE.

See also  Russia in hot water as dozens of US fighter jets have been showcased in an 'elephant walk' at an airbase.

2. 78% of Republicans believe that the US Economy is WORSENING.

3. 66% of Independents(without any political affiliation/association) believe that the US Economy is WORSENING.

4. 37% of Democrats believe that US Economy is WORSENING.

A CNN Poll of Polls released June 2022 indicate that:
1. 57% of Americans DISAPPROVED the performance of Joe Biden, the USA President.

2. 8 in 10 of Democrats said the Country is going on the WRONG TRACK.

According to Reuters/Ipsos Poll released June 2022:
1. 38% of Democrats say that things in United States of America are on the WRONG TRACK.

2. 86% of Republicans say things in the United States of America are on the WRONG TRACK.

The CNN Poll of Polls, Quinnipiac University Poll, CBS News/YouGov Poll, NPR/PBS NewsHour/Marist Poll, AP-NORC Poll and Reuters/Ipsos Poll are all concluding that VAST MAJORITY of Americans think that things are getting worse and the economy of America under Joe Biden’s leadership is fast deteriorating heading towards Recession.

The American public views the Joe Biden’s economy as in WORSE SHAPE since 2008 when the economy of USA was in a Deep Recession. Gallup’s Economic Confidence Index in 2008 revealed that 85% of Americans say the Economy was getting Worse.

According to Andrew Hodge, an Economist in the IMF’s Western Hemisphere Department published July 2022, “The IMF’s annual review of the US Economy focuses on the policies needed to return inflation to the Fed’s medium-term target. Most Workers’ Wages have FAILED to keep up with INFLATION, eroding the PURCHASING POWER of Households and causing SIGNIFICANT HARDSHIP”.

By estimate, the American Household is now spending more than an average of $500-600 or even more every month on goods and services as result of a 40year high inflation of 9.1%.

The USA Annual Consumer Inflation climbed to 8.6% in May and rose to 9.1% in June 2022, the highest level in more than 40 years and thus affecting Americans spending in the areas of FOOD and FUEL forcing majority of Americans to make brutal decisions. Inflation has stopped Americans from buying Vehicles of all kinds. Gasoline is up 60% coupled with Groceries moving up to 12%.

1. Many Americans say their salaries are not keeping up with the rate of inflation.

2. Some are forgoing bills or medications and many others are turning to assistance Programs like Food Banks.

According to River City Food Bank Executive Director, Amanda McCarthy, “We have seen skyrocketing numbers of people needing food and unfortunately we are not getting the same level of donations that we used to”.

Indeed the Russia-Ukraine War is largely affecting the demand and supply of food and fuel in the United States of America. This is 100% Fact.

3. According to Eric Johnson, “especially after COVID, nobody has money for anything and now everything goes up higher and higher”

4. According to Sacramento resident, Janet Nelson, “It is forcing families to make brutal decisions. It’s like what do you want? Eat or drive”.

5. Rent is seeing its highest monthly rise since 1986.

6. Consumer sentiment hit a record low of 42% as Americans are struggling to remain where they are financially and 85% of Americans think that the economy is GETTING WORSE.

7. According to Karen Martin, a 911 Operator near Tampa, Florida, “She is single mom raising two sons while making less than $20 an hour. She said, I’m not making ends meet, I’m not making it, I’m spending my savings. It’s the first time in my life I’ve had to apply for FOOD STAMPS because I don’t know how we’re going to continue eating groceries”.

Honestly, I, Razak Kojo Opoku would like to humbly suggest to Professor Steve Hanke to Pay the necessary attention to FOOD and FUEL COSTS in his home Country, the United States of America and stop the unnecessary attacks on the Government of Akufo-Addo.

All Countries including USA are suffering from Food and Fuel Costs largely due to the COVID-19 and Russia-Ukraine War.

According to www.bloomberg.com on 18/07/2022, Flat & Point in Chicago priced its 2-pound loaves of Bread at $10(equivalent to GHS 81.2) to offset higher organic ingredients. Also the average cost of a loaf of bread is $2.5(equivalent to GHS 20.3) in the United States of America according to Study-in-US. Org.

Joe Biden’s administration has been faced with several Protests including the recent Abortion Laws.