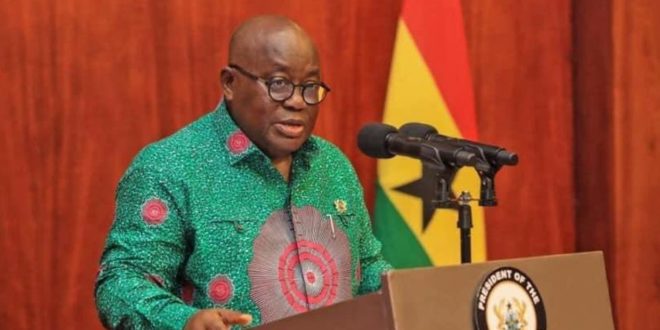 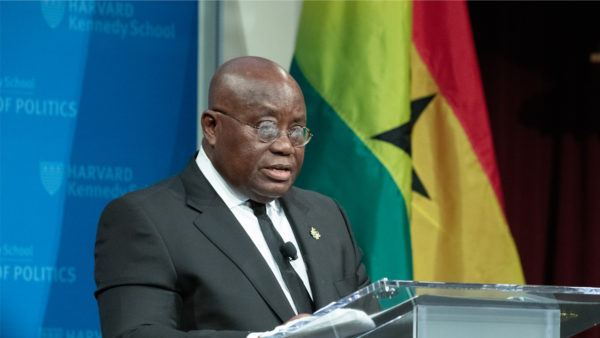 The President of the fourth Republic of Ghana, Nana Addo Dankwa Akuffo-Addo has appointed 11 persons to the Council of State persuant to the article 89(2) of the Ghana 1992 Constitution.

See also  LGBTQI+: Parliarment Must Rubbish, Not Even Waste Time Sitting on This- Ambassadors For Christ Council Fumes

A Press release signed by the Director of Communication at the Office of the President, Eugene Arhin saids the President subject to consultation with Parliament, has also appointed, in accordance with article 89(2)(a)(i)(ii) and (iii) Georgina Theodora Wood,a former Chief Justice, Lft.Gen.J.B.Danquah, a former Chief of Defence Staff of the Armed Forces and Nana Owusu Nsiah a former of Inspector General of Police to the Council.

The further stated that, the President of the National House of Chiefs, Ogyeahoho Yaw Gyebi II, ex-officio, a Member of the Council in furtherance of article 89(2)(b).

The composition of the Council will be complete with the election due to held on the 12th February 2021, of the Regional representatives, in accordance with article article 89(2)(c). 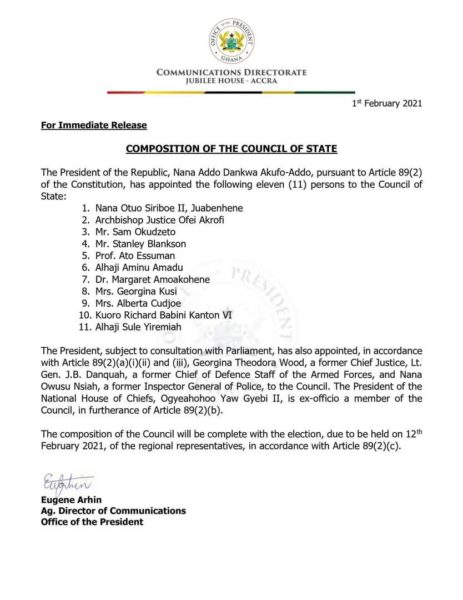 Previous COVID-19: ensure social activities are held with strict compliance to the COVID-19 protocols- National House of Chiefs Urge Traditional Authorities.
Next OMG Praises be Unto the Lord: These Pictures hit Internet as many people are talking about