Breaking News
Home / POLITICS / Sosu, Sosu, Sosu: How many times have I called you??- passionate letter by a member 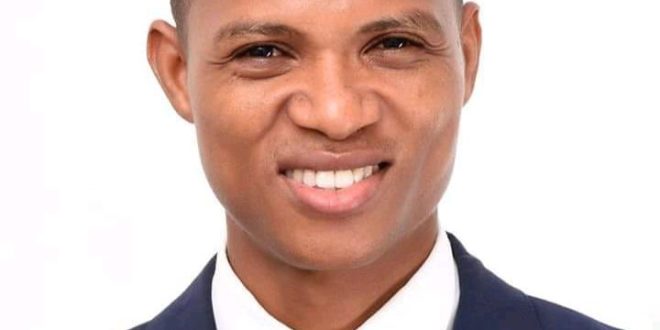 Sosu, Sosu, Sosu: How many times have I called you??- passionate letter by a member

January 7, 2022, marked exactly one year since you were elected to represent the people of Madina. On that account let me take this opportunity to congratulate you on your victory, which I know didn’t come easy, considering the person you defeated in the person of Alhaji Boniface Abubakar Siddique. We all know the difficulty in defeating an incumbent and you did that convincingly, leaving no doubt.

Sir, this letter is to remind you of the political dynamics in the Constituency you occupy today, and to draw your attention to the fact that, whiles it is good to enjoy your victory whiles it last, you should also know that, they is a greater battle ahead in 2024,one which will be much harder than what you experienced in 2020.

Your predecessor, who was thus far the longest serving legislator for the Constituency, Alhaji Amadu Sorogho, became so complacent to the extent that, he said Sorogho was for Madina and Madina was for Sorogho, but the 2016 election taught him a bitter lesson and introduced a new paradigm in the Constituency, which you should not lose sight of.

Sir, Madina is no longer a safe seat for any political party, the people in the Constituency, have shown that, they can shift allegiance at any time, given the circumstances of the day.

They are no longer loyal to one political party and they will switch support, as far as their interest is concerned.

What happened in 2016 and 2020, is a clear manifestation of that and if by now you do not know that, then I don’t know if you are cut for politics i.e. you are in the wrong profession.

In every election, two factors determine victory; the candidate and the political party.

In 2020 election Sir, the National Democratic Congress (NDC), won the parliamentary election and not you, although you are the ultimate beneficiary of that victory.

Going into 2024, you have to win the election for the party. I am not a soothsayer, nor a prophet, but I can say with certain that John Dramani Mahama, will be the president come January 2025, but it is not automatic for you.

Sir, your track record will be your trump card come 2024, in the last election you were a neophyte and they was no record to hold you to, but going into the next election, you are not going to be judged by your promises but by what you have done i.e. your performance.

Your record will have to speak for you and you have to also defend your record.

Sir, can we examine your record, against promises and deliverables in your first year as a Member of Parliament.

As a candidate, you were everywhere or wherever you were needed, being an MP, you have to balance your parliamentary work, against your work interaction with your constituents. The verdict, Sir, out there is that, you are removed from the Constituency.

Sir, I don’t only live in the Constituency, but I am happy to inform you that, I am a member of the National Democratic Congress, who has over the years, drawn the attention of past MPs on what they were doing wrong, unfortunately, I have been called out and accused of doing someone else’s bidding,but I have always been vindicated.

Sir, first of all, Alhaji Sorogho, threatened to sue me, because I drew his attention to the disenchantment in the Constituency, he called me names and said I was contracted to destroy him and make sure he losses the 2016 election.

Sir, I am not one who sing praises, I don’t pat shoulders when I know they is lots of work to be done, I say it, as it is, no matter whose Ox is gored.

When it was the turn of Alhaji Boniface Abubakar, I did not put my pen down, I wrote articles upon articles, drawing his attention to what his constituents were saying about him. His people came after me, cursed and insulted me, in all these times, I keep reminding them that, I live and vote in the Constituency and that my concerns are genuine, I am not out there to destroy anyone, I have nothing to gain by doing that but everything to lose, because when the Constituency is developed and the constituents are successful, we are all successful and we will all be happy. This is my motivation.

Sir, your one year record is not impressive. You will score 3 out of 10, if I was to rate you and that is a score below average.

If you doubt me, I will plead with you to go back to every place, you went to campaign in the lead up to the 2020 election, to find out what the people think about your stewardship.

Sir, the high speed at which the 2024 parliamentary election is approaching and the prevailing heightened and multi-faceted challenges in the Madina Constituency, has made it imperative for you to be concerned about what the people are saying about you.

Sir, you are among the breed of politicians on whom destiny bestowed the rarest opportunities in the country, as evident in the manner in which, almost effortlessly and within a period of four years, from 2015, when you failed to win the primary.

Remember, just like your predecessors, I am not saying, you haven’t done anything, but maybe it is just enough.

Last week, you marked one year in office by rewarding teachers in the constituency.Fourteen teachers were presented with deep freezers and refrigerators, with the best teacher, Mr Clement Oscar Gaisie of the Madina 1 Junior High School (JHS), going home with a brand-new Toyota Vitz saloon car.This is commendable and I hope it can become an annual event.

Sir, in order to become one of the best, you need to leave a lasting legacy, which include infrastructure, in recognition of this, you organized a demonstration to draw the attention of the government for neglecting a road it started, that shows concern but it should not end there.

Sir, you can endear yourself to your constituents if you make yourself available and listen to their concerns, even when you can’t solve all their problems. Alhaji Sorogho, served for long because even his phone number was on the lips of every child in the Constituency. He identified himself with them, that is something you have to learn.

Sir, a lot of people, who played active role in your campaign feel abandoned, the complaint is that, when you are called you don’t answer your phone. This singular action has led to the downfall of many politicians. Not every call is a bother; some are just to give you information.

I believe that, you will give the remaining years, your best shot. I am hopeful of a new dawn in Madina with you leading the charge.

Best wishes to you Sir. 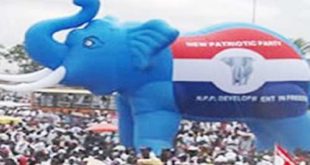 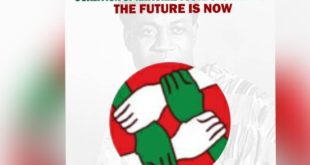 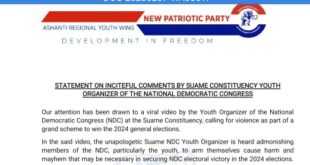 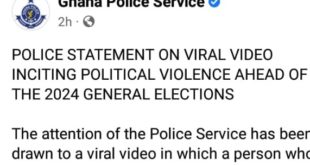