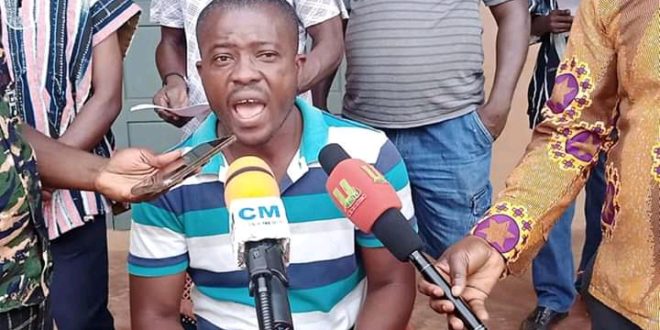 Some Members of the New Patriotic Party NPP, calling itself Concerned NPP Members of Mim in the Asunafo North Municipality in the Ahafo Region has made an appeal to President of the fourth Republic of Ghana, H E Nana Addo Dankwah Akuffo Addo to maintain the Municipal Chief Executive for Asunafo North Hon. Yaw Osei Boahen.

Explaining the virtue and the need to maintain Hon. Yaw Boahen Osei, the group disclosed that they have trusted and believed in the leadership of the Chief Executive to deliver because He has proven his endowment with knowledge, experience and competent administrative skills to lead Asunafo North Municipal Assembly, He has also created wealth, ensure peace and fulfilled President’s agenda of prosperity for every citizen in freedom, they added.

Speaking at a Press conference at Mim, the concern Npp group stated that due to the effective and superb leadership of Hon Osei Yaw Boahen the Municipality has not only witnessed massive development but has brought glory as He was appointed as Dean of MMDCEs in Ahafo Region and He was also adjudged first during the National Annual Performance Contract between MMDCEs and the Co-ordinating Directors in 2018.

Some Members of the Party who was at the press conference said the Chief Executive has commenced a lot of development projects including Mim town roads, School projects etc and need to be maintained to complete these projects. 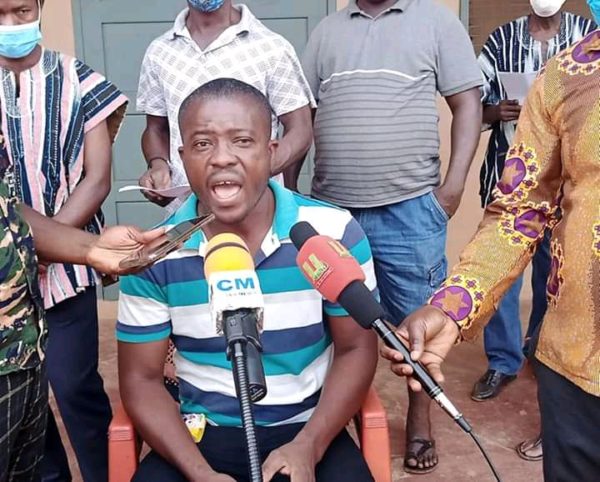 Some of the speakers at the press conference

Previous Ahafo Region: Akokoamon gets School for the first time
Next A/R: Former MP wants to bring Old and New Patriotics together as He files form to contest Council of State Post.