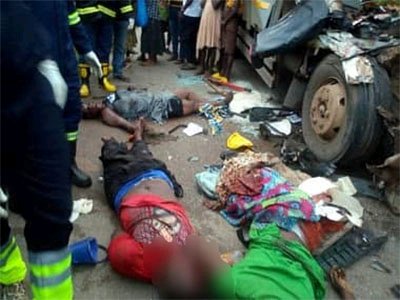 S/R: Another Fatal Accident claims 9, Several Others A In Critical Condition

Nine people including a toddler have been confirmed dead in an accident at Gindabuo in the Sawla-Tuna-Kalba District of the Savannah Region.

According to the police, the driver of the Wa bound VVIP bus with registration number, GT 5693-15 allegedly lost control over the steering wheel and veered off the road.

9 dead, several others injured in accident at Gindabuo
The vehicle subsequently somersaulted and entered a ditch leading to nine casualties.

The Police Command is currently investigating the cause of the crash.

9 dead, several others injured in accident at Gindabuo.

Meanwhile, the injured have been transferred to the Wa Regional Hospital receiving treatment.

This accident, beings the total number of accidents on that stretched of road to eleven this with several casualties. 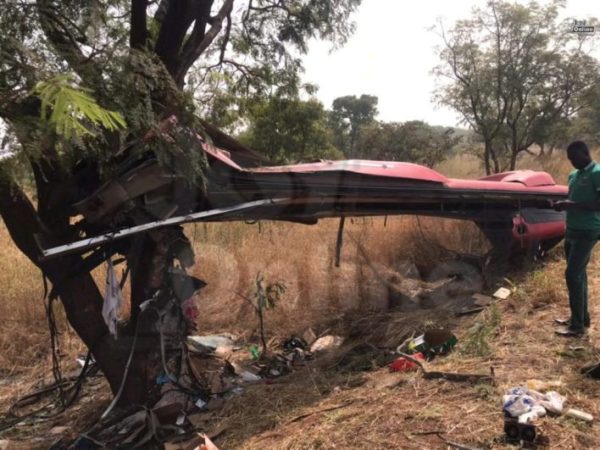