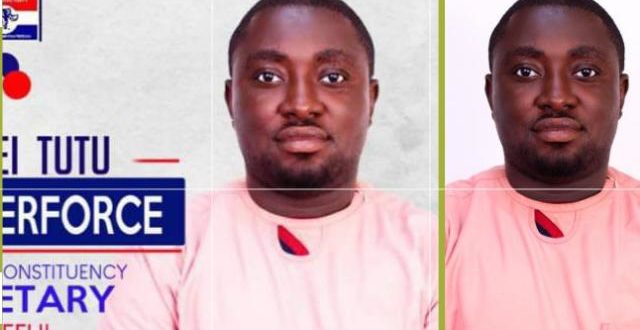 Old Tafo-Pankrono Constituency: NPP Press Conference calls off, Secretary Wilberforce Osei Tutu, others on The Run, Disappeared into Thin Air For Failing The Media To A Confab

Old Tafo Constituency, Disrespectful NPP Secretary Wilberforce Osei Tutu, Others On the Run For Failing the Media On An Invitation To A Press Conference.

Wilberforce Osei Tutu the old Tafo-Pankrono constituency secretary for the new patriotic party in the Ashanti region and his cohorts are on their heels after disappointing section of some media he invited for a press conference at the party’s office at Tafo on Tuesday. 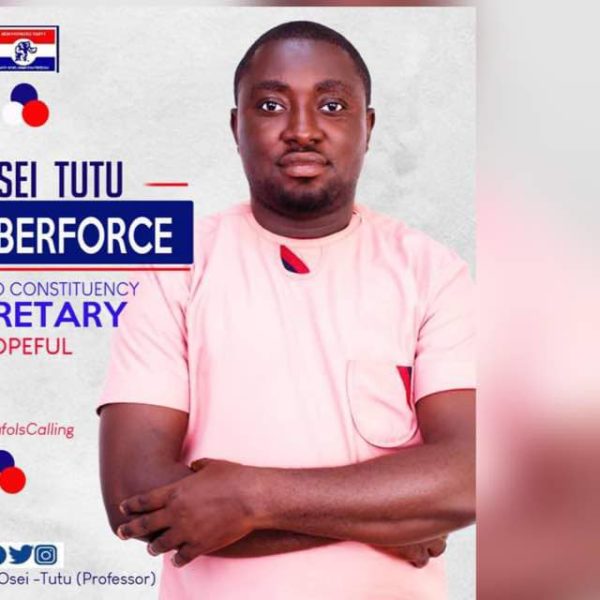 The secretary together with his comrades who planned to protest against the constituency chairman and some other key executives over issue concerning of deputy appointees later turned off the meeting with the press and disappeared upon the arrival of the media without informing the reporters and as well repudiate their calls for somewhat scandalous or fear of possible future repercussions since according to sources, their attempt was not official.

According to the disgruntled reporters who stormed the new patriotic party office at exactly 10:00hrs as scheduled, Wilberforce Osei Tutu upon seeing the presence of the reporters disappeared into thin air and consistently refused to answer their numerous calls they made to him.

The Constituency Secretary and his associates on Monday 30th May, 2022 called on some selected media stations in Kumasi to cover their press conference on Tuesday to register their displeasure over a dubious and unconstitutional way according to him the party chairman Stephen Okyere Gyimah aka Rambo together with some party executives used to appoint some seven (7) people to occupy the position of deputy organizer, deputy youth organizer, deputy Nasara coordinator, financial secretary, research and elections officer, communication officer and deputy women’s organizer without their prior knowledge and approval.

Wilberforce Osei Tutu alleged that, he was not aware as the administrator of the party in the constituency when the album containing the names of the executives was taken by the chairman to the region.

“It’s about the appointees, I am the administrator of the party, but the chairman took the album in the absence of me which is unconstitutional, we didn’t sit to elect any appointees, old Tafo-Pankrono is a famous constituency so we shall not sit aloof to condole such unlawful move, we shall protest, petition the region and national and possibly the court if request is not responded, we planned Wednesday but have rescheduled for tomorrow Tuesday at 10am” the old Tafo-Pankrono constituency secretary told the media in his invitation.

“Though, those alien appointees voted in the just ended regional elections but We have about 3 more elections to go, so we shall make every effort to resist that illegalities” Wilberforce Osei Tutu added.

Speaking to this news portal, the furious reporters were unpleased of the manner of humiliation the secretary subjected them into.

“Why do you have to run away after knowing very well that we’re coming, why do you have to be afraid if your allegation is true, why is he not responding to our phone calls after inviting us to this place” the reporters quizzed runaway Osei Tutu Wilberforce. 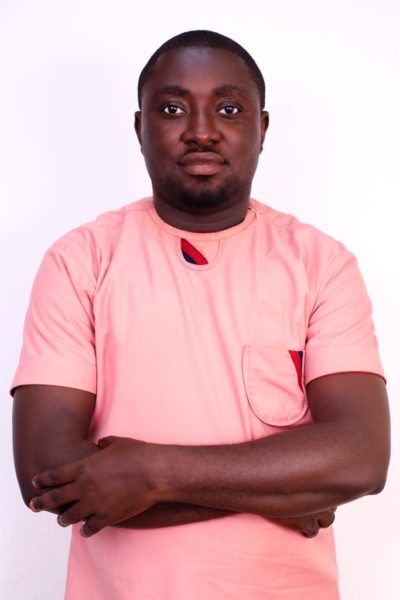 The most annoying part is that, the young man asked the office boy at the party office, one Abuu to inform the reporters that he was at a meeting and cannot answer their calls.

The behavior of the old Tafo-Pankrono constituency secretary, Wilberforce Osei Tutu and his partners is a total disrespect for the media and a way to bring the work of the media to disrepute, therefore urged the NPP authorities in the constituency and in the region to put the later into order to avoid future repercussions of the media against the party.