Breaking News
Home / POLITICS / I will Support Kennedy Kankam, Though His Appointment is an Insult- Muntaka 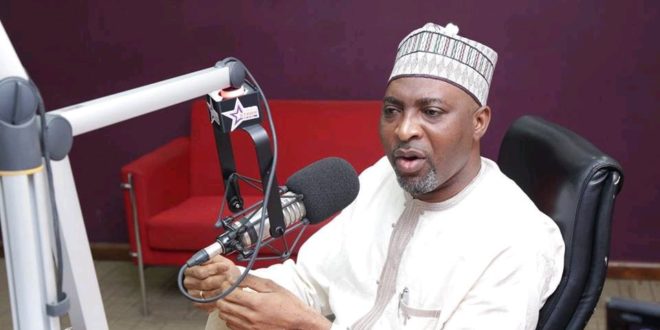 I will Support Kennedy Kankam, Though His Appointment is an Insult- Muntaka

The Member of Parliament for the Asawase constituency Muntaka Mohammed Mubarak has pledged his support for the Municipal Chief Executive for Asokore Mampong despite his objection to Kennedy Kankam’s appointment.

The Asawase Legislator maintains the president erred in choosing an MCE from outside the Municipality but contends Mr. Kankam cannot be faulted for the president’s mistakes.

He indicated: “Kennedy Kankam never opted to be MCE for Asokore Mampong and maybe the intention was to send him to fail. I do not have to vent my anger or displeasure on him when he is not the cause of it.”

“To say that he could not find anyone in the party within the municipality to be the MCE; I think that what the president did was an insult and gross disrespect for the people of Asokore Mampong and the NPP in Asokore Mampong,” he added.

He told reporter Ivan Heathcote – Fumador, he has begun consultations to forge strong ties with the new MCE, to leave a legacy in the municipality.

“The bottom line is that the community is deprived and we have a lot of poverty. If he works hard, even though he might not have come from that place, one day, he might be remembered for having left a better legacy than probably even those of us who come from the area.”

Mr. Kankam obtained a hundred percent endorsement from assembly members after initial popular displeasure from the community where he is seen to be alien.

Among other promises, he has pledged to leave a legacy by reviving a defunct Pencil Factory to create jobs and leverage on the presence of the Kumasi Airport to enhance the status of the municipality.