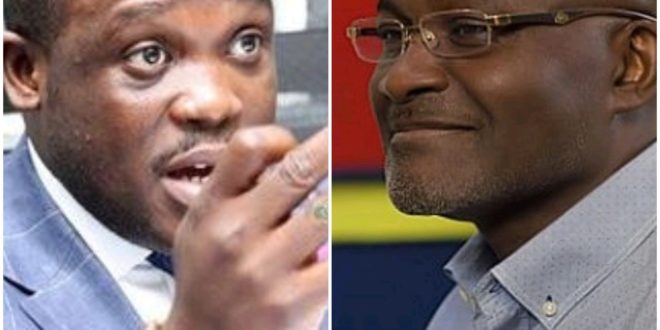 The opposition National Democratic Congress received some good news this week when the National Communications Authority granted licenses to over a 100 stations who had their licenses taken 3 years ago. Two popular stations of Radio Gold and Radio XYZ were also given back their licenses to the joy of the massive NDC supporters. 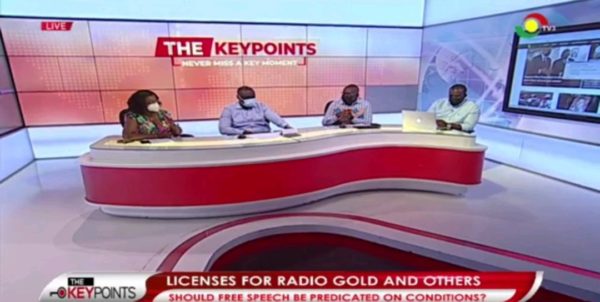 On The ‘Keypoints’ today, Saturday, October 16, 2021, Sam George played glowing tributes to Kennedy Agyapong, MP for Assin Central for his instrumental role in getting the stations back to work. For stations like Radio Gold, they were still working online but it’s an expensive venture working online.

See also  The 73rd Birth Date Of The Cpp And My Renewed Pledge As An Unrepentant Nkrumaist!

It can be recalled that Kennedy Agyapong some time ago called on government to restore licenses because he feared when government changes his own stations might fall prey to what the government was doing to opposition stations.

According to Sam George they have had quarrels and disagreements with the Communications Ministry but at the end of the day he is grateful that the stations are back.

He thanked Kennedy Agyapong for the bold step he took as the Chairman of the Communications Committee and making sure that licenses were restored.

He noted that Kennedy went all the way to make sure that this anomaly of blocking opposition stations restored.

He noted that with this he knew that the opposition and the ruling party can work together.

Before the closure of the stations some had argued that some pro government stations were also guilty of breaches that should have caused them to be closed but this never happened causing many to say this was a political attack.

Previous I will Support Kennedy Kankam, Though His Appointment is an Insult- Muntaka
Next Immigration Service Applicants: GIS Sets Date For Aptitude Test & Schedule. [See Date]