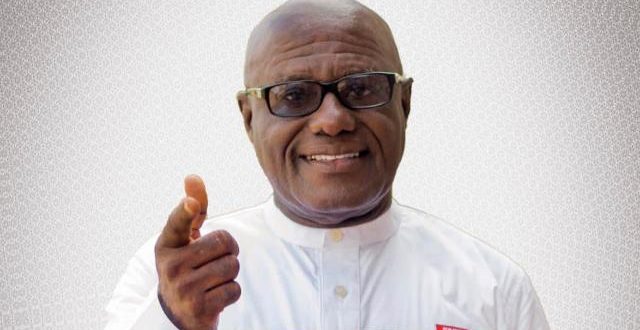 I was given cash for not contesting Wontumi ~ Asare Bediako

“Sure, all my expenses were paid by some people in the party. This is because they felt that if they don’t compensate me with money, they would have not been fair to me. I even travelled after that for 6 months and when l came back they invited me and paid me money to cover my expenses”, Mr. Asare Bediako, a former Asokwa constituency chairman, who has staged a comeback to contest chairman Wontumi and others in the upcoming NPP regional elections told Garden city TV in Kumasi recently .

See also  Wontumi is not bigger than the law, deal with him like you burnt others' excavators - GNASSM Organiser

It would be recalled that the aspirant in 2018 promised to give the incumbent Ashanti regional chairman, Wontumi a run for his money by contesting him.

Many believed and followed chairman Bediako. However, he disappointed his supporters and all those who believed in him when he stepped aside few days before the polls.

At the time, Mr. Asare Bediako claimed he was chickening out of the race based on issues beyond his control.

After quitting the race in 2018 he was not seen for many weeks.

This added to the disappointment of his supporters mainly from Asokwa constituency.

Interestingly, Mr. Asare Bediako has resurfaced recently with an intention to contest for the chairmanship position he ran away from in the last election, which is slated from May 27 to 30, 2022.

At a recent interview with ‘Oyerepa Breakfast Show’ hosted by Nana Mensah Joel in Kumasi, Mr. Asare Bediako said, “l delayed in announcing my bid for regional chairmanship because l was preparing myself and besides the time was not due. Even if it is left with a month or week to the polls and l show up to contest there is nothing wrong. I am not a new person in the race. l was engaged in consultations which is the reason for my late appearance in the scene. There were consultations that informed my decision”.

The question many political watchers and well-meaning NPP faithful are asking is will Mr. Asare Bediako abandon the ship again this time? Only time will tell.