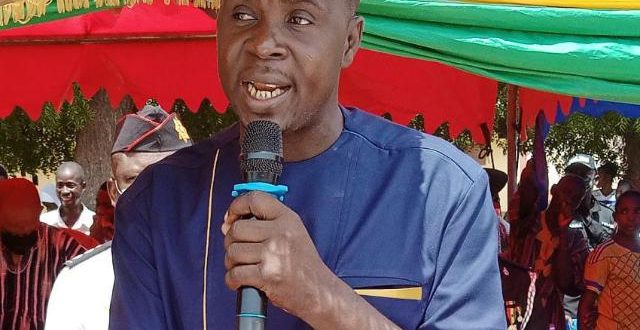 Hon. Emmanuel Akoneh, the District Chief Executive for Banda, has said the National Democratic Congress (NDC), in many attempts to withdraw the implementation of the electronic transaction levy popularly known as E-levy, is a total waste of NPP’s governance time.

He said the NDC is only good at frustrating the NPP government on its good initiatives that will help the country’s development.

According to him, the NDC going around the country instigating the public on rejecting the E-Levy is only for gaining political advantage, knowing best that the E-levy will accordingly help the development of the country as proposed by the NPP government therefore will lead them (NDC) in opposition for long time.

See also  BREAKING U/ER: Nabdam DCE rushed to hospital after being sworn-in inside her car

Speaking in an interview with Appiah Kubi, on Tain FM Anopa Nkommo, the District Chief Executive elaborated that the attitude of the opposition party’s greediness will not help the country’s development.

“Although it is difficult for people to pay tax but that does not mean to negatively propagate the best way to help the development of the country, and I will say that the government is not arrogant in posture to instill the implementation of the E-levy”, he expressed.

He added that the NDC cannot repeal the E-levy as proclaimed by the former president John Mahama in the sense that, when talk tax was introduced, they (NDC), propagated to scrap it but when they came to power, they did not, and this shows how the NDC dislikes the good initiatives by NPP government, therefore Ghanaians should disregard the insinuated opinions of the opposition party.

He said the NPP led akuffo Addo government will be transparent to the use of the levy’s money, therefore urging those making panic withdrawals to be seized.

Previous I was given cash for not contesting Wontumi ~ Asare Bediako
Next Living in Ghana: ECG proposes 148% increase in Electricity tariff.