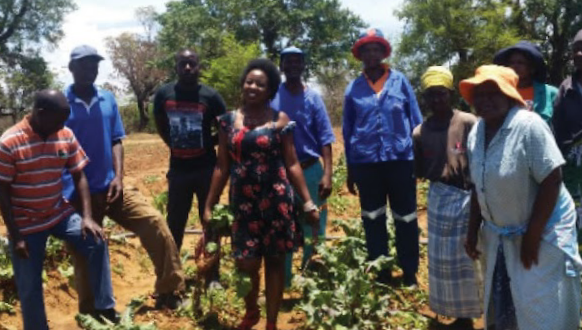 Farmers at five (5) communities in the Tano North Municipality of Ahafo Region where Newmont Ghana is about to operate have commended Government , Ahafo Minister and Tano North MCE for their ability to convinced Newmont Ghana to pay them an undeserved compensation.

The farmers from Yamfo, Susunso, Afrisipakrom, Adrobaa and Terchire said this at Duayaw Nkwanta during the paying of compensation by Newmont Ghana, and explained that for them to build new structures on their lands already been surveyed by Newmont is a clear violation of mining laws which which do not permit them to have any form of compensation.

See also  "Report anyone who enters the forest reserve illegally so we can enjoy the benefits eternally" ~ Forestory Commission.

but for Government, Ahafo Minister and Tano North MCE timely intervention the mining firm has agreed and began paying some monies to them.

The farmers pledged to work with Newmont Ghana to create employment opportunities in the area.

The Aide to Ahafo Minister, Andrews Frimpong who was assigned to visit and assess the process by the Minister said the farmers have admitted they violated the mining laws and shown appreciation to Government, Ahafo Minister and Tano North MCE for assisting them some undeserved compensation from Newmont.