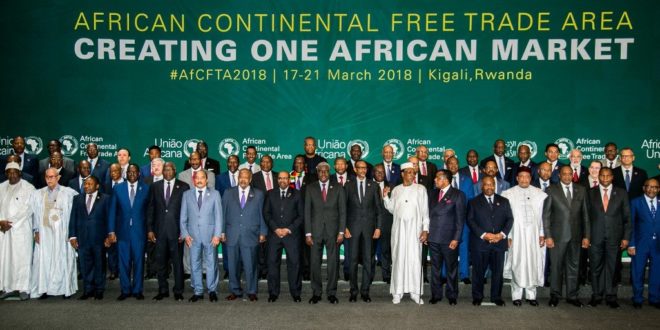 The Deputy Minister of Trade and Industry Hon. Herbert Krapa has said that, the African Continental Free Trade Area (AfCFTA) initiative will enhance and increase Ghana’s export capacity to the international market when it is fully implemented.

The deputy minister explained further by saying that the AfCFTA program will now create a common market for all African countries and bring all African markets under one umbrella for the purposes of free trade on the African continent.

According to the deputy minister of trade, following the implementation of the AfCFTA program, Ghana will soon commence the exportation of containers to other neighbouring African countries with duty free, quota free.

Therefore, the Ministry of Trade and Industry and Ghana Export Promotion Authority (GEPA) has began an engagement with key stakeholders in the sector on how the AfCFTA program will benefit them when it is fully implemented.

Hon. Herbert Krapa made the disclosure during a Capacity Enhancement Project on the National Export Development Strategy for some key stakeholders in Koforidua in the Eastern region.

This also forms part of the National Export Development Strategy (NEDS) District Sensitization workshop which is to take effect in all the regions in Ghana.

The deputy minister reiterated that the National Export Development Strategy is an initiative by the President of the republic of Ghana H.E Nana Akuffo Addo which aims at raking in revenue of about 25 billion by 2029 for the country.

Furthermore, government through the ministry of trade and industry will softening it regulations in the new strategic plan in order to give confidence to many people to expand their capacity to export more of their products.

The Deputy Chief Executive Officer of Ghana Export Promotion Authority (GEPA) Mr. Albert Kassim Diwura advised all stakeholders in the district level to fully participate in the new policy direction which is the African Continental Free Trade Area (AfCFTA) program in order to make the “one district , one exportable product a reality.

He noted that the benefit of the program to the country is enormous since exporting more goods will lead to raking in more dollars which in returns will strengthen the cedi to appreciate on the international market.

The Eastern regional Director of Ministry of Trade and Industries Mr Emmanuel Bonney on his part said the current situation pertaining to the depreciation of the cedi currency requires that exporters sell more goods in order to get enough reserves to be able to prevent the cedi from depreciating.