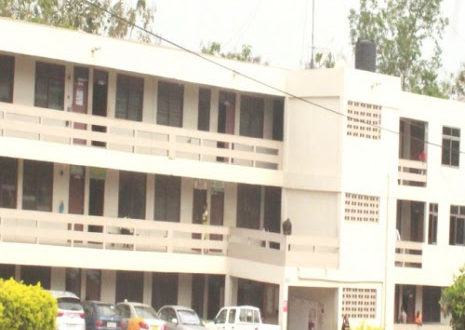 The road which was given to ATTACHY Construction Company last year December is expected to be completed within 6 months, this year.

Speaking in an interview with the heroesghnews.com, the District Chief Executive, Hon. Eric Kusi lauded the President, Nana Addo Dankwa Akufo-Addo for including Kusa and Dinkyie, Adansi North District to the ‘year of roads’ that he promised Ghanaians.

According to Him, the Kusa and Dinkyie community have had a slow pace for development due to their deplorable state of the road in some time ago.

He said, he has fought hard together with the former Parliamentary Candidate for the New Patriotic Party, Hon. Philip Ofori Asante before they were able to get this 5Km of this Kusa to Dinkyie road.

The Chief Executive disclosed that, the road which initially was captured as feudal road was later changed to Cocoa roads.

However, Hon. Eric Kusi made it known that, they have not encountered any challenges concerning the construction of the road.

Speaking to the Contractor, Mr. Atta Agyemang, he discloses the areas where they started that’s the Kusa Nkwanta to Kusa Krom which is about 1.2Km and Kusa Nkwanta to Dinkyie of about 5.5 Km and assured the Communities to complete it within the time flame given to them.

The Chefs and residents in Kusa expressed their satisfaction, lauded the President and recount some negative incidents that has happened to them as a result of bad nature of Kusa and Dinkyie roads.

Previous Akrofuom: Hon. Blankson pays courtesy call on Assembly staffs
Next Covid-19: Pictures of the vaccine at the airport pops up