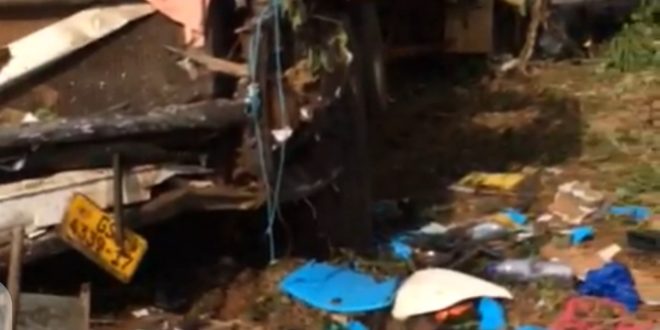 At least Seventeen (17) passengers have lost their lives in an accident that occurred on the Offinso Abofour road this morning around 6:15am.

According to eye witness, Benjamin Abeka’s initial report, a Sprinter bus heading towards the North collided with a trailer on the opposite direction.

He initially reported that, all the Twenty Three (24) passengers on board in the Sprinter lost their lives but further checks has confirmed that, so far, at least 17 people have given up their ghost.

The bodies and the injured have been deposited and receiving treatment St. Patrick Hospital respectively as at the time of filling of this report…..