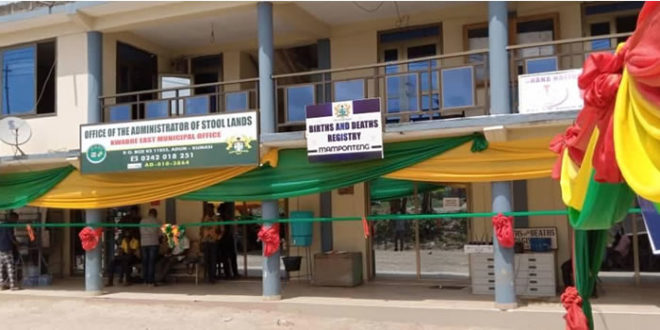 Members of Kwabreman Mpuntuo have registered their displeasure, disappointment in the Kwabre East Municipal Assembly Members for failing to endorse, Mr Opoku Agyemang Bonsu, the President’s Nominee in one touch election.

In a Release issued and signed by the Convener, Patrick Opoku-Fofie aka Patoo, saids the Kwabreman Mpuntuo (Kwabre Development) which primary aim is to see to the development of Kwabre East is wholely support whoever the President nominate to the Municipality.

The Kwabreman Mpuntuo consist of all the political parties in the Municipality, the Clergy, Traditional Authorities and many more.

I would like to on behalf of Kwabreman Mpuntuo express our shock and disappointment in the Assembly members of Kwabre East Municipal Assembly for failing to endorse the President’s nomination of a proud son of Kwabre, Hon. Opoku Agyemang.

The nomination of Hon. Opoku Agyemang as MCE for Kwabre East was greeted with enthusiasm and optimism across the length and breadth of the municipality and so we had hoped that the assembly members would do the needful by voting to confirm his appointment in the best interest of Kwabre East.

We reiterate that our main aim is to see to the development of Kwabre East and so whoever is committed to this has our fullest support.

In this regard, we would like to call on the Assembly members to unreservedly apologize to Hon. Opoku Agyemang and the good people of Kwabre East and to also ensure that when an election is held again to confirm Hon Opoku Agyemang’s nomination, they give him a total and resounding endorsement.