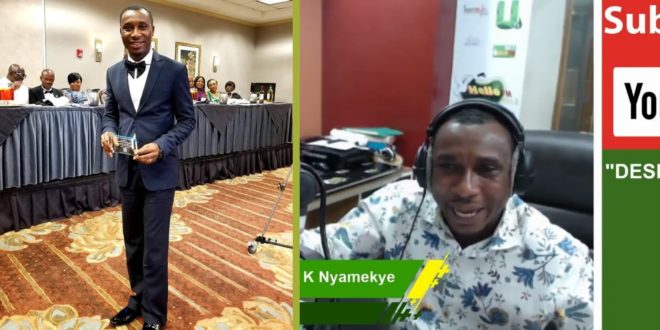 Sampson Kwame Nyamekye was presented with a Plaque and Citation which was pronounced as follows:

YOUNG PROFESSIONALS YOUTH COALITION IDENTIFIES WITH YOUR VALUES on this 27th Day of August, 2022, the Governing Council of Young Professionals Youth Coalition on behalf of all Members confers on you, our respectable title: AFRICA ROLE MODEL OVERALL AWARD IN MEDIA EXCELLENCE.

The Awards recipients are YOUNG PROFESSIONALS YOUTH COALITION finest selection of the most outstanding Institutions and Personalities who have truly excelled as transformational leaders and role models impacting society, young people and also inspiring change in their various endeavors.

The awards are few and were carefully chosen after going through a very competitive selection process by the selection Board and Governing Council of Young Professionals Youth Coalition.

The Theme for this year’s summit is dubbed “THE FUTURE OF OUR YOUTH: JOBS, LEADERSHIP, ENTREPRENEURSHIP AND DIGITIZATION”.

The Asantehene Otumfour Osei Tutu was supposed to chair the whole function but could not make it so Nana Acheamfuo Asafo Boakye Agyemang Bonsu, the
Asafohene and Head of Akwamu Division of Asanteman came to represent him. 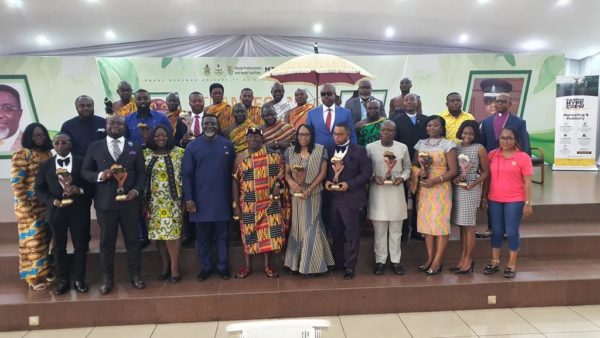 “Times are changing and a lot of job opportunities have been erased. In thinking about jobs the first thing we should think about is what are the sustainable jobs going into the future?

Founder and President of Young Professionals Youth Coalition, Mr. Andy Osei Okrah said there is an urgent need to secure the future of the youth to ensure development of the nation.

See also  MTN SIM Re-registration : How To Register Without Going To The Office

“Many young people do not want to learn any trade. They are growing more and more lazy just searching for quick fixes. University students are taken time betting instead of studying to come out with innovative solutions,” he observes.

The following are the Awardees at the 13th edition of the YPYC MTN PULSE Transformation Africa Conference and Africa Role Model Awards 2022.