Breaking News
Home / GENERAL NEWS / Wontumi is not bigger than the law, deal with him like you burnt others’ excavators – GNASSM Organiser 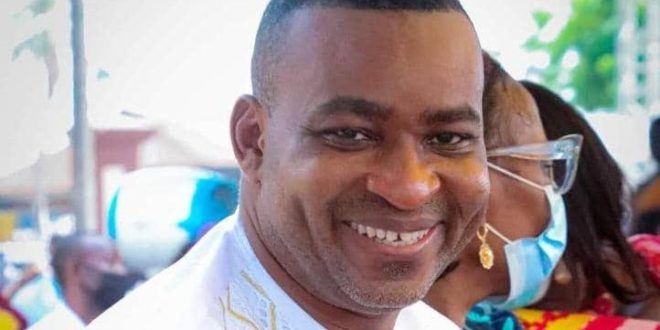 Wontumi is not bigger than the law, deal with him like you burnt others’ excavators – GNASSM Organiser

Mr. Abu Jinapor, the minister for Lands and Natural Resources has been described as biased and unfair leader when it comes to his way of dealing with the illegal mining menace.

Mr. Kwaku Duah, the Ashanti regional organiser for the Small Scale Miners Association, reacting to the recent directive by the minister to halt Chairman Wontumi’s Akonta Mining Company to stop operation in the Western region said, the directive was very unfair and hypocritical.

According to him, he doesn’t fathom some people’s excavators were burnt without any justifiable reason and sympathy, but when it came to Chairman Wontumi’s turn, only soft decision is meted on him.

Detailing how the miners are worried about the situation, Mr. Duah revealed that some innocent members of the GNASSM who got their machines burnt see this government’s act as very biased on ordinary Ghanaians, and vindictive on behalf of its chronics.
He said Wontumi must be called to order and be made to face severe punishment as others.

He has called on the sector minister to bow down his head in shame and apologize to mining victims who got their excavators burnt.

See also  Akufo-Addo Came To Ashanti Region To Commission Projects, You Came Only To make Noise- Wontumi to Mahama

Finally, the organiser advised the president to be vigilant in the “gallamsey’ fight since most of his own appointees and party men are stabbing him at the back.

Call for more on