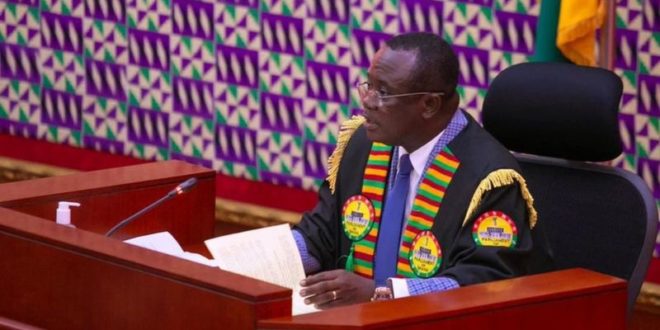 According to him, the Majority Group will have no choice but to take advantage of the support from the independent candidate, knowing that the Speaker can not be relied upon.

“We must work with the view that there are 137 of us plus one who may be presiding. In that circumstances, how do we go about taking that one advantage we have as a caucus?” the NPP legislator for Bekwai Constituency quizzed.

He said, although the Majority is the party in government, it appears the Speaker conspicuously gets missing anytime the House needs to take a critical decision.

Joseph Osei Owusu said the Majority Group will either need the Speaker in the Chair during decision times or all members of the group must vote at such sitting.

He said, government requires support from all Ghanaians in its quest to innovatively generate revenue.

He, therefore, called on the Executive to address the growing concerns of wastage in the public finance system and enhance financial accountability in order to win the confidence of the Ghanaian people and taxpayers.

‘It is true that despite the funding challenge faced, the NPP government has still been able to work hard to reform the structure of the Ghanaian economy”, Afenyo stated.