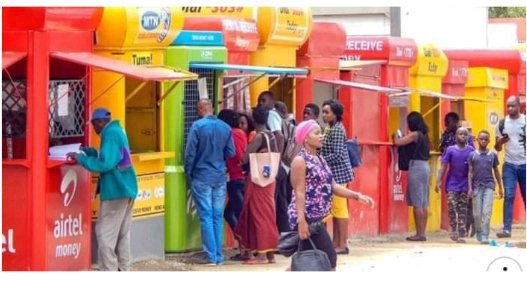 The mobile money operators in the wassa east district of the western region have commended the government that, since the introduction of the E-Levy, they have seen significant boost in their mobile money business.

According to the MoMo vendors, their initial thoughts about the E-levy that the government deliberately wanted to collapse the mobile money business have suddenly turned otherwise after the introduction of the levy.

In an interview with Listowel Aboagye Dacosta of sweet fm, the enthusiastic MoMo operators acknowledged that their customer base has gone up more than expected because of the amazing fact that people want to avoid the E-Levy and so instead of sending monies directly from their own MoMo accounts, they rather go to the mobile money agents to do money transfers as a result of that, the MoMo agents are getting more commissions on their daily transactions.

Previous Desists from storing nude photos on phones and other electronic devices ~ Minister urges Girls
Next There’s Too Much Hardship In The Country, Put Better Measures To Flee Ghanaians: NDC To Government.