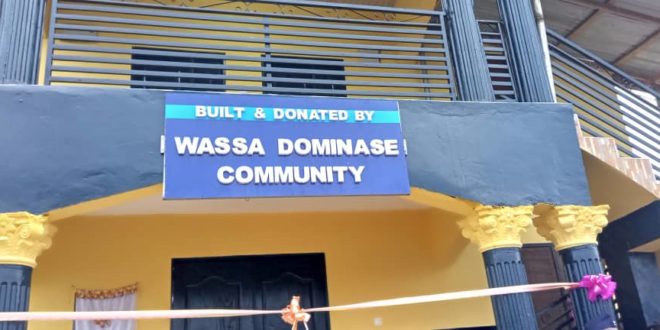 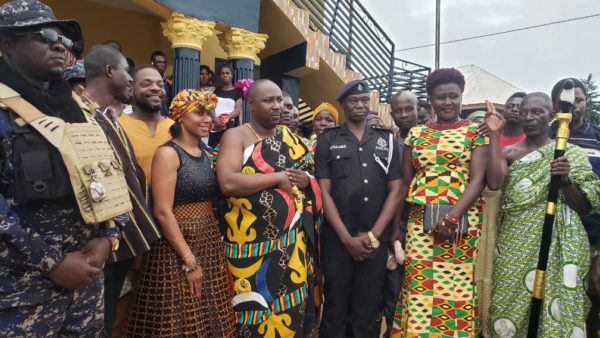 Speaking to the Media Nana Kyemere Kokoankra ll hinted he realized that his stool land was growing tremendously therefore he needed massive security for his people to ensure that they live in peace and tranquility.

According to him they did not want to put every burden on the shoulders of government alone so he mobilized the entire community with his elders to support with communal labour for the project, adding that he can not quantify the total amount invested in the project because many support came from other sources but as we all know putting up a story building and place for accommodation now a days is capital intensive.

Nana Kyemere again urged the police officers to bear in mind that any time they put on their uniforms they must ensure the security of the community first, for they were not brought there to intimidate or extort the people.

He also made it clear to his people to also give their maximum support to the police because they are not there to molest them but rather to give them protection.

Nana Wireko, Youth leader and secretary to the Wasa Dominase stool land who spoke on behalf of the Youth, eulogized Nana Kyemere for his vision and urged all and sundry to support him so that he can accomplish the good targets and goals he has for Wasa Dominase.