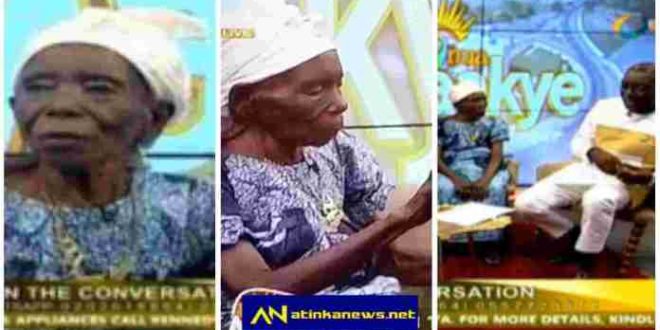 Some stupendous revelations have been made by Amodzie, an aged Ghanaian woman who has allegedly lived for 198 years on Onua TV.

In an interview on Onua TV, the old woman revealed that she personally came into contact with the mother of the first president of Ghana, Kwame Nkrumah.

The woman who now lives at Subri in the Wassa East district of the Western Region stated that she provided some medications for Elizabeth Nyaniba, the mother of Dr. Kwame Nkrumah when he was in his mother’s womb. According to her, she was a native doctor at the time.

She claimed she had been married for two years when she met Dr. Kwame Nkrumah’s mother, who took care of her until she was five months pregnant.

The woman claims to be far older than Nkrumah’s mother, but that she has always been a farmer, which she continues to do at her age.

The Ghanaian woman would be the world’s oldest woman if she is actually 198 years old.

Madam Nyaniba, Kwame Nkrumah’s mother, is said to have cared for him until his death in 1972, before passing away five years later.

See also  Shocking Video: As Mad Woman Uses Juju To Stop A Moving Truck From Running Over Her. [watch video]

She was characterized as just a woman of “probably over a hundred” years old who had lost her sight but kept a strong voice and a sharp memory in a 1972 publication by the New York Times.

In the video shared by the popular TV channel, the old woman was seen showing prayers on TV host Captain Smart.