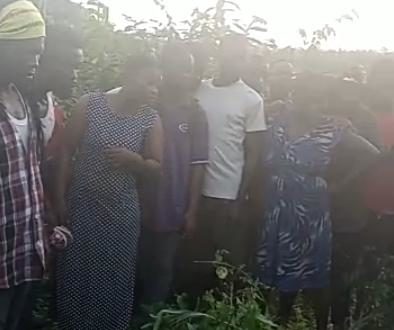 The lifeless body of Maame Esi Dokua, 67 years old farmer has been found on her farm under some bizarre circumstance.

The deceased was said to have left home on Sunday in the morning around 9:30 am to her farm at Assin Atintan near Assin Breku in the Assin North District of the Central Region but did not return after several hours, so the family informed the chiefs and opinion leaders at Assin Breku in which a search party was organised to look for her.

The deceased lifeless body was eventually found buried with her head cut off and intestines removed.,The body was cut into three pieces and buried in separate places with the head sent away by the perpetrators.
WATCH VIDEO: