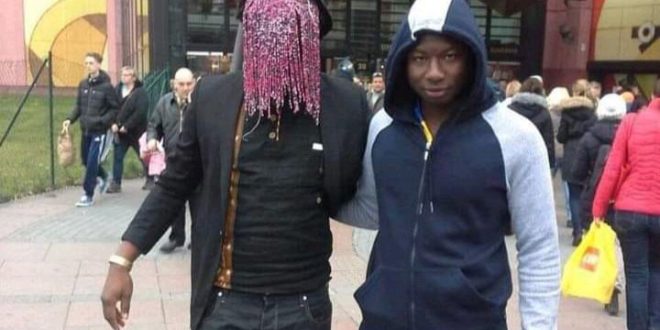 The Second wife of slain journalist Ahmed Suale has alleged that her late husband’s 4 children have all dropped out of school while she herself has been thrown out of her home in what she alleged is a neglect by her husband’s boss Anas Aremeyaw Anas.

Suale died on Wednesday, 16 January 2019 when unidentified men on motorbikes shot him three times, twice in the chest and once in his neck in his vehicle, a murder believed to be linked to his work Anas Aremeyaw. He left behind 2 wives and 4 children.

Currently, none of the 4 children are in school due to financial constraints.

Seeking financial support online from a Muslim support group called Iqra, the second wife to the slain journalist Suale said Anas intially paid the school fees for the 4 kids for one academic year but since then has abandoned them with the children now school dropouts.

For fear of her own life, she told Iqra on Facebook she couldn’t seek external help earlier because of the impression it would create and the threat she could face but is now speaking out because she and the four kids were in desperate times.

She is currently perching with the first wife both of whom are struggling to get by without the support of a lump sum Anas promised them when their husband died working for him.

Many commentaors of Iqra have wondered why Anas failed to afford Ahmed Suale some level of protection given the nature of their jobs and to also do more for his immediate family when Suale died.

Appearing to hold back more information due to fear for her own life, Mrs Suale said she is only coming public to appeal for help to put her children back on track and to put her life back together.

But reacting to the development, a supposed Public Relation of Tiger Eye who spoke to the Iqra Facebook page said the statement of the wife is not entirely true as Anas Aremeyaw had allegedly given an amount of $10,000 to the family.

“She is supposed to be the second wife of Ahmed Suale. But have you spoken to the head of family of Ahmed Suale? Are you ready for me to talk or not. Let me talk” the PR said.

See also  Who's Killing Ghana?: Attitude Must Change, We're All In This Together oo

The development has once again brought to the fore the fact that Ahmed Suale’s murder remains unsolved while his immediate family struggles to survive in his absence.