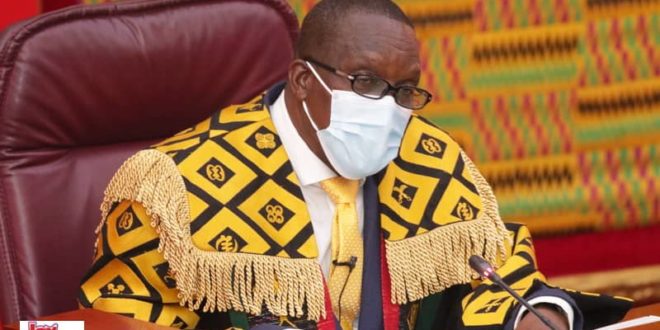 The question is COULD RIGHT ALBAN BAGBIN LOSES HIS SEAT IF AFTER THE ELECTIONS OF THE EMBATTLED NDC MP WHOSE SEAT HAS BEEN SET ASIDE BY CAPE COAST HIGH COURT COMES TO NPP?

Ever since President Jerry John Rawlings transformed Ghana into democratic state after he had ruled Ghana as a junta for 11 years uninterrupted, the speaker of GHANA’S Parliament has since been on the majority side. The exception is this current Parliament where the seat of the speaker was decided through simple majority elections by the members of the house and won by the NDC.

The reason that culminated the election of speaker between the NPP and NDC was that the total number of both sides of the house equilibriumised as both of the two parties NPP/NDC polled 137/137. The diocitic contention prevailing in the Parliament now is that a high Court in Ghana has ruled and declared one of the NDC members of Parliament seat null and void pending the MP’S dual citizenship, twisting the beam balance from being on the equilibrium.