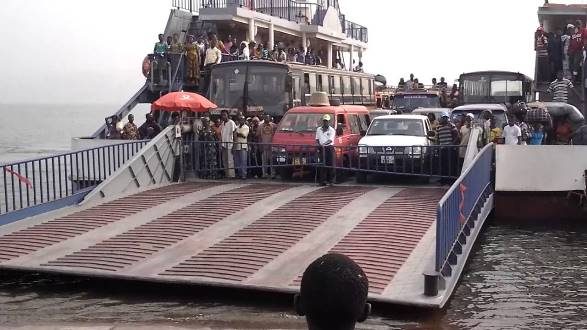 Presenting the report of the Committee on Roads and Transport, the Chairman of the Committee, Hon. Kennedy Osei Nyarko, noted that Government recognises the important role that accessibility to road infrastructure plays in poverty reduction, fostering regional integration and enhancing economic development through income generation activities that are linked to agriculture and other sectors of the economy.

He told the House that Agriculture accounts for one-fifth of the country’s Gross Domestic Products (GDP), adding that it employs half of the workforce and serves as the main source of livelihood for the majority of its citizens.

He emphasized that the transport sector is also essential to agriculture due to the central role it plays in the provision of services and the development of road links for the transportation of farm produce to market centres and for export markets.

See also  LGBTQI+: Parliarment Must Rubbish, Not Even Waste Time Sitting on This- Ambassadors For Christ Council Fumes

Hon. Osei Nyarko who is also the MP for Akim Swedru, indicated that the Afram Plains District has tremendous potential to contribute significantly to the improvement of the well-being of its inhabitants and to the food security of Ashanti Region and Greater Accra area. The objective of the project is to enhance productivity in the Agriculture sector of the Afram Plains.

In a separate agreement, the House approved the Commercial contract agreement between the Government of the Republic of Ghana (acting through the Ministry of Roads and Highways and represented by the Ghana Highways Authority) and Contracta Construction UK Limited for an amount of (€ 150,000,000.00) for the construction of Bunso-Adawso Road and specified approach roads to the Adawso Bridge Project 9104Km, comprising Takorowatwen – Ekyi Amanfrom Road – 22Km, Adawso – Kwahu Tafo Road – 20Km, Kwahu Tafo – Miaso Road – 29Km, Miaso – Begoro Road – 26Km, and Begoro – Obuho Road – Km) and also a Design-Build Contract Agreement between Ghana and BNIP-Janson-Adowso Consortium of Netherlands for an amount of Two Hundred Million Euros ( €200,000,000.00) for the construction of a Bridge over the Volta River at Adawso-Ekyi Amanfrom.