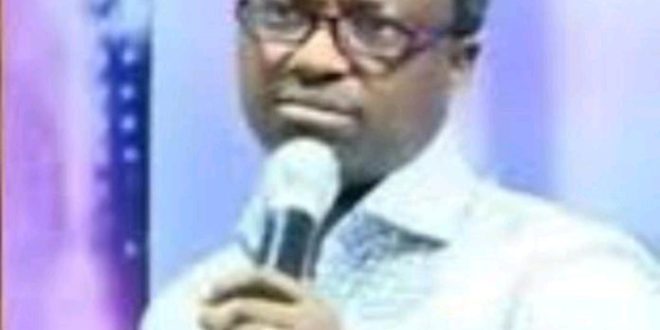 The General Overseer of Ebenezer Miracle Worship Centre, Prophet Ebenezer Adarkwa Yiadom, has expressed his dissatisfaction with the government’s Electronic Taxation levy through a song.

Finance Minister, Ken Ofori-Atta, presenting the 2022 Budget announced the government’s decision to introduce the E-levy to increase revenue for the country.

According to the Finance Minister, Ken Ofori-Atta, the total transactions for 2020 were estimated to be over ¢500 billion, compared to GH¢78 billion in 2016 just five years ago.

His announcement has sparked controversies in the country with the Minority in Parliament declaring they will resist the implementation.

A section of Ghanaians, particularly operators of Mobile Money (MoMo) have expressed fear the new levy will collapse their businesses.

The Kumasi-based pastor, who has shared similar sentiments took to the altar to perform the song during a church service to oppose it.

He bemoaned why people, especially the aged, will be taxed over monies sent to them by their dependents.

Just like many Ghanaians, he queried why the government will overburden citizens who are already facing challenges in the wake of the coronavirus pandemic.

Opambour touched on the scrapping of the toll levies which he said will also go a lot way to affect traders.

He, however, urged Ghanaians to keep hopes alive as the eight years of the Akufo-Addo led government will soon be over like his predecessors.

As someone known for hilarious interludes, he got his elated backing vocalists and instrumentalists dancing hard as he performed the song.

The video which has gone viral on social media has attracted hilarious reactions.

Watch the video attached for more: