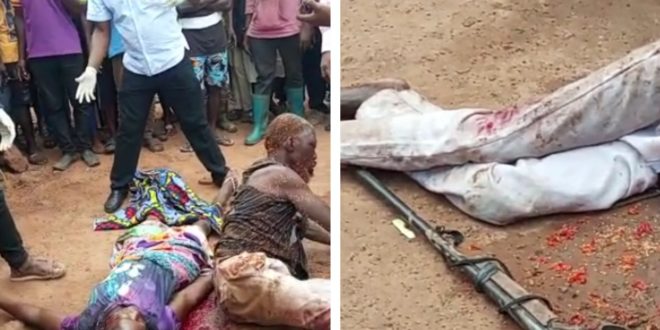 A man in his 50s Kwaku Seidu popularly known as Kukrudu who is Npp pulling station Chairman at Danyame has allegedly shot his wife Sister Adwoa who is in her late 40s to death at TEPA-DANYAME in the Ahafo Ano North Municipality of the Ashanti Region. 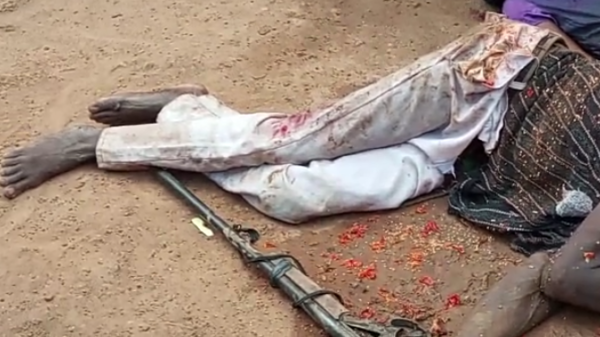 The incident occurred When a little misunderstanding came between Kwaku Seidu and his two wives about a piece of Land Kwaku Seidu decided to sell in some weeks ago, so the two wives were not happy and reported the issue to Danyame zongo chief Nana Mazua for him to settle the case for them.

The Assembly Member for the area, Hon. Frederick Nyamekye A.K.A Adwenkese3 and the chief of the town Nana Asamoah Ampem Dankwah Speaking to Nana Yaw Dwumfour said, the angry community members got him arrested and beats him severe after killing his wife with a gun, before Tepa district police intervene. 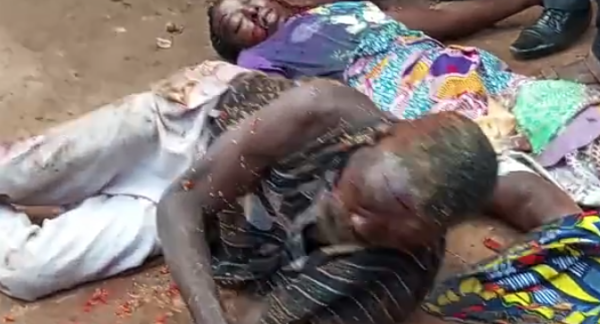