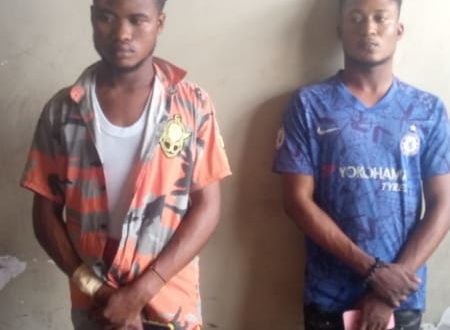 Just In [Video/Pictures]: Gay Couples Arrested After Misunderstanding Between Them.

Two guys who are alleged gay couples have been apprehended by the Kasoa New Market Police Command this afternoon after misunderstanding erupted between them.

The suspect Prince Nyator 23 years old as well as Evans Amoah 22 years old has been gay couples for years at Kasoa Obom road.

In a secret recording, one resident narrated that, Prince Nyator being the husband had wanted to fuck Evans Amoah being the wife as he failed to comply and led to the misunderstanding.