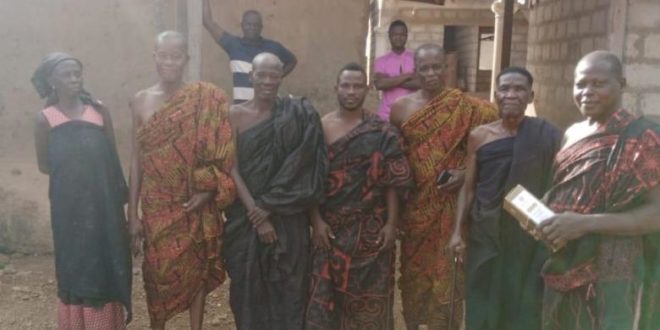 Nananom and elders of Old Drobo, a community in the Jaman North District of the Bono region have called on their ancestors and smaller gods to uncover anyone who wants to put the name of the community into disrepute.

The community for about one month now has received a lot of mysterious and bizarre names and tags about a planned murder for alleged purposes of money rituals.

According to Nananom, it has been rumoured around old Drobo and other surrounding communities that, a suspected person is performing money rituals which for that matter needs to assassinate for sacrificial purpose to complete his mission.

They stressed that the person in question is not known to them hence the need to call their ancestors to unearth such a cruel being for them to deal with him as custom demands hence the pouring of the libation.