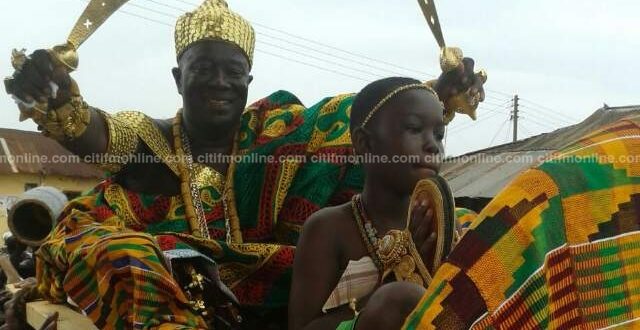 The Omanhene of Twifo Traditional Council who is also a former member of council of state, Obrempong Appiah Nuamah II has expressed a heartfelt worry about the recent trend of political communication on the various media platforms.

Obrempong said, the airwaves has been occupied by insults and tantrums against both the current and the previous leaders of the country. This does not paint a good picture about the country to the international community.

He stated that in an interview with Listowel Aboagye Dacosta of sweet fm that, the fact that we have freedom of speech does not mean we can denigrate our leaders who are steering the affairs of the nation, he lamented.

Obrempong Appiah Nuamah II charged the political communicators to show solidarity to the government and suggest solutions that can revive the economy.

He also appealed to the successive governments to complete the projects that were initiated by their predecessors which were not fully completed.

Finally, the former member of council of state appealed to politicians to be moderate in their promises that they make to the people when they mount campaign platform. “Pledge what you can fully fulfill to the people”, Obrempong Appiah Nuamah II noted