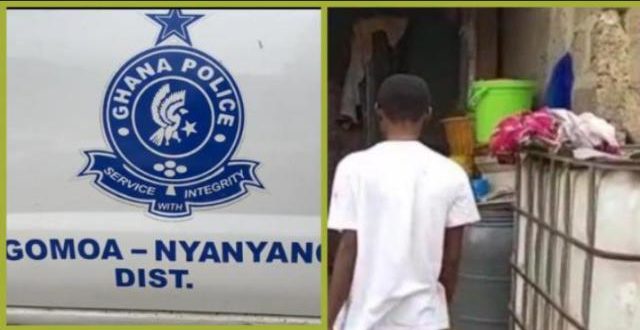 37years old evangelist Frederick Darko is in the grips of the Gomoa Nyanyano police for subjecting a fifteen year old boy to sodomy. The victim claims that he’s been continually sodomized by the evangelist for about two years.

Frederick Darko, a self-styled evangelist had sought permission from parents of the victim to live with him but he’d later turn the poor young boy into a sex object under the guise of cleansing him from a spiritual problem.

According to the victim, he was threatened by Fredrick not to inform anyone or else he’d kill him.

The victim however opened up to his mother after he fell ill.

She wants the police to conduct thorough investigations into the matter and have the perpetrator punished for the offense.

The suspect, Frederick Darko is expected to appear before the Ofaakor circuit court on Wednesday 3rd August, 2022.