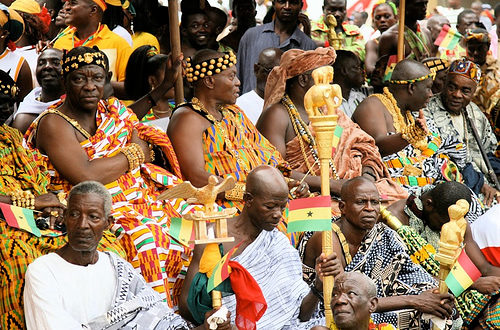 Chiefs in the six municipal and districts of Ahafo Region have charged the Municipal and Districts Chief Executives of the region to as matter of urgency help fix the road network in the region which are in deplorable state especially in the rural communities.

The Chiefs speaking to Success FM’s Atiewin Mohammed in the sidelines of the swearing in ceremony of the MMDCEs in Goaso said their expectations are that, the MMDCEs must immediately reshape the roads linking farming communities to the market centres.

He mentioned the deplorable roads as Goaso to Tepa road, Kenyasi to Hwidiem, Sankore to Abuom among others.

The Chiefs who were unhappy about the state of the roads said some food stuffs and and farm product got rotten due to the poor nature of the roads.

Aside from the collapse of businesses, the poor nature of the roads, most of them dusty, were giving resident many health problems, including chest infections.

The President of Ahafo Regional House of Chiefs, Nana Ansah Adu Baah II, backed the Chiefs calls and the urged the Sworn in MMDCE to be hardworking, and support in organizing communal labour on our roads.

Previous JUST INN: National Ambulance Service Opens Portal For 2021/2022 Recruitment Process. [Check Out Details]
Next Kwahu-Obo Chief Reveals the Outcome Of 2024 Election By a Dream He Had