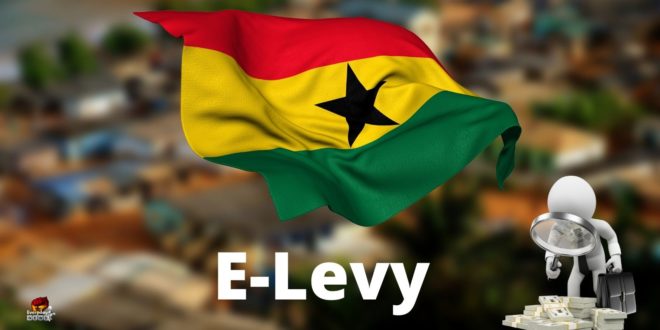 E-Levy will facilitate development in the country.

E-Levy will facilitate development in the country – Hon. Solomon Owusu

The District Chief Executive for Jaman North constituency in the Bono Region, Honorable Solomon Owusu has entreated Ghanaians to support the developmental agenda of the Governing NPP by ensuring that electronic transaction levies are well contributed to eleviate hardship in the country.

The Honorable DCE stress that, the politicisation of the electronic transaction levy has created a lot of tension inciting others to see it as a means of the ruling government to extort monies from the citizens but disclaimed such misinformation.

He stated that, the E-Levy is key to facilitate the country’s developmental agenda because loans from other countries is not an answer to the economic woes of the country but insisting on the persistent payment of levies internally will alleviate the hardships and ensure development.

He made this known when he visited *Nana Mfodwo Okofo III,* the chief of Asiri, a community in Jaman North District of the Bono region and his elders.

Speaking On the 8 year conventional cycle for the selection of President and a political party to lead the country, the DCE, Honorable Solomon Owusu described it as a bad practice that forestall development stating that, people must embrace the decision of the NPP by giving them the mandate to serve in the subsequent electioneering terms to achieve its developmental objectives.

He opined that the benefits of the progressive agenda of the Nana Addo and Bawumia government will be fully realized in the coming years hence the need for Ghanaians to maintain the party to continue their developmental projects for the betterment of the country.