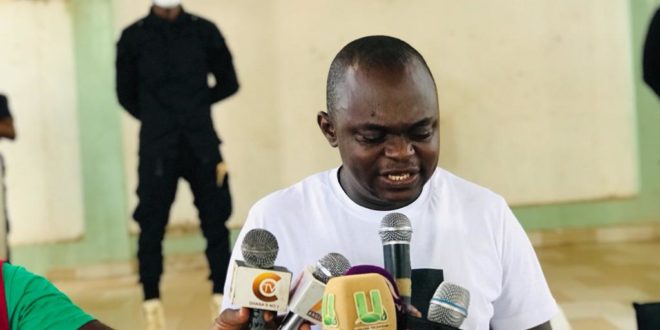 He polled 29 votes total votes cast representing 100% but 1 which could have been 30 for the total Assembly Members.

In his acceptance speech, Hon Emmanuel Kofi Agyeman expressed gratitude to the President Nana Addo Dankwa Akufo-Addo for the confidence reposed in him to serve as his Chief Representative in the district.

He also thanked the chiefs of Dormaa Traditional area and the Assembly members for their support and endorsement.

He said with the experience acquired, he is going to take tough decision in his second term.

The second time Chief Executive averred that he will instill discipline and rid off the filth that have taken over the district.

Hon Emmanuel Kofi Agyeman craved for the indulgence of the assembly members and the good people of the district to rally behind to make it a success.

Barima Oppong kyeremeh Sikafo Dormaa Akwamuhene, thanked the assembly members for endorsing the prez nominee which depicts their poised to develop the district.

He appealed to them to forget the past and forster unity to enhance development.