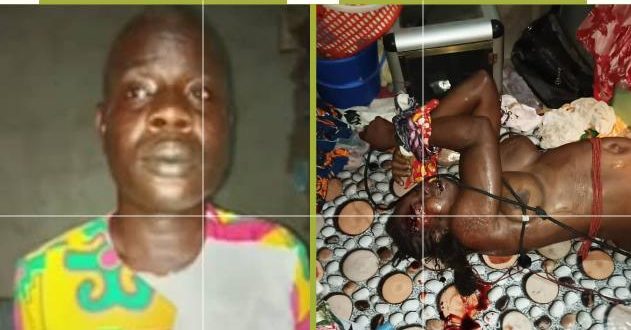 C/R:
A 57-year-old man identified as Gideon Tetteh been arrested after muredering his wife Sabina Bonney 45 at Awutu Mankomeda Awutu Senya West District of the Central region of Ghana. 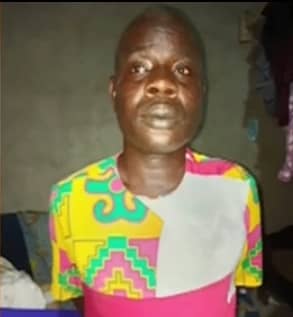 The source revealed that couple had always have issues and misunderstanding over raw sex.

According to him, the late wife had insisted she will only be sleeping with her husband by using condoms to avoid any pregnancy due to financial challenges of looking after their already 5 children.

According to snippets of information gathered, the husband also wanted to sell a piece of land they owned which the wife did no consent to.

The tension between the couple finally exploded as the husband did the unthinkable by ending the life of his wife.

Before he murdered her late wife Sabina Bonney , he completely took her cloth off, going naked and tied her with rope before killing her. 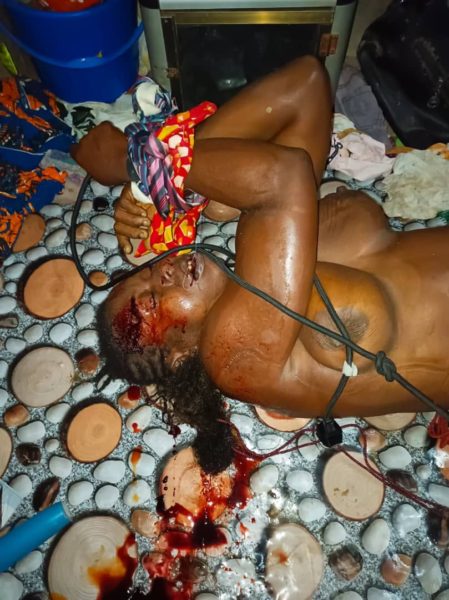 Neigbors who heard about the incident quickly reported the matter to the Ofankor Police who nabbed him before he attempted to run.

Peace news Seth Mantey spoke with Isaac Aidoo brother of the deceased and he has this to say.

Sister of the deceased Yaa Asaabia appealed to police to allow the law to deal with him.