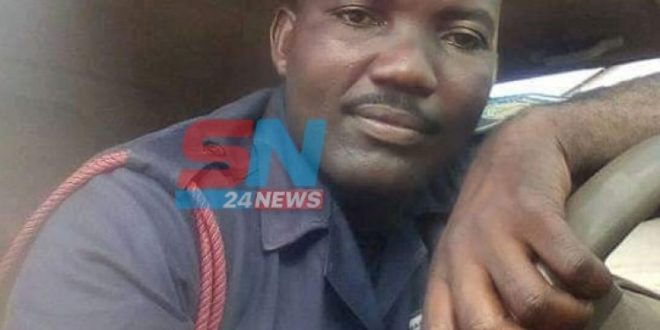 A Cape Coast High Court has sentenced a police officer to ten years imprisonment for extorting an amount of GH₵2,000.00 from innocent civilians in Assin Fosu.

G/Sgt Augustine Owusu Ansah, No. 45533, based in Assin Fosu was caught on camera negotiating the amount with some civilians he had arrested for allegedly dealing in narcotics and fraud.

However, police investigations revealed that the convict cooked up the baseless acquisitions on the civilians as an avenue to extort sums of money for personal gain.

G/Sgt Ansah pleaded not guilty to the charge of extortions but was found guilty after the trial and was convicted as such in hard labour in a court presided over by Mrs Malike Woanya-Dey.

The Central Regional Police Command of the Ghana Police Services detained a General Police Sergeant amid investigations into claims of bribery and extortion following a video which made rounds in April 2019.

G/Sgt Augustine Owusu Ansah of the Assin Fosu Divisional Command, had allegedly demanded a bribe from civilians on a case he is handling at the Division.