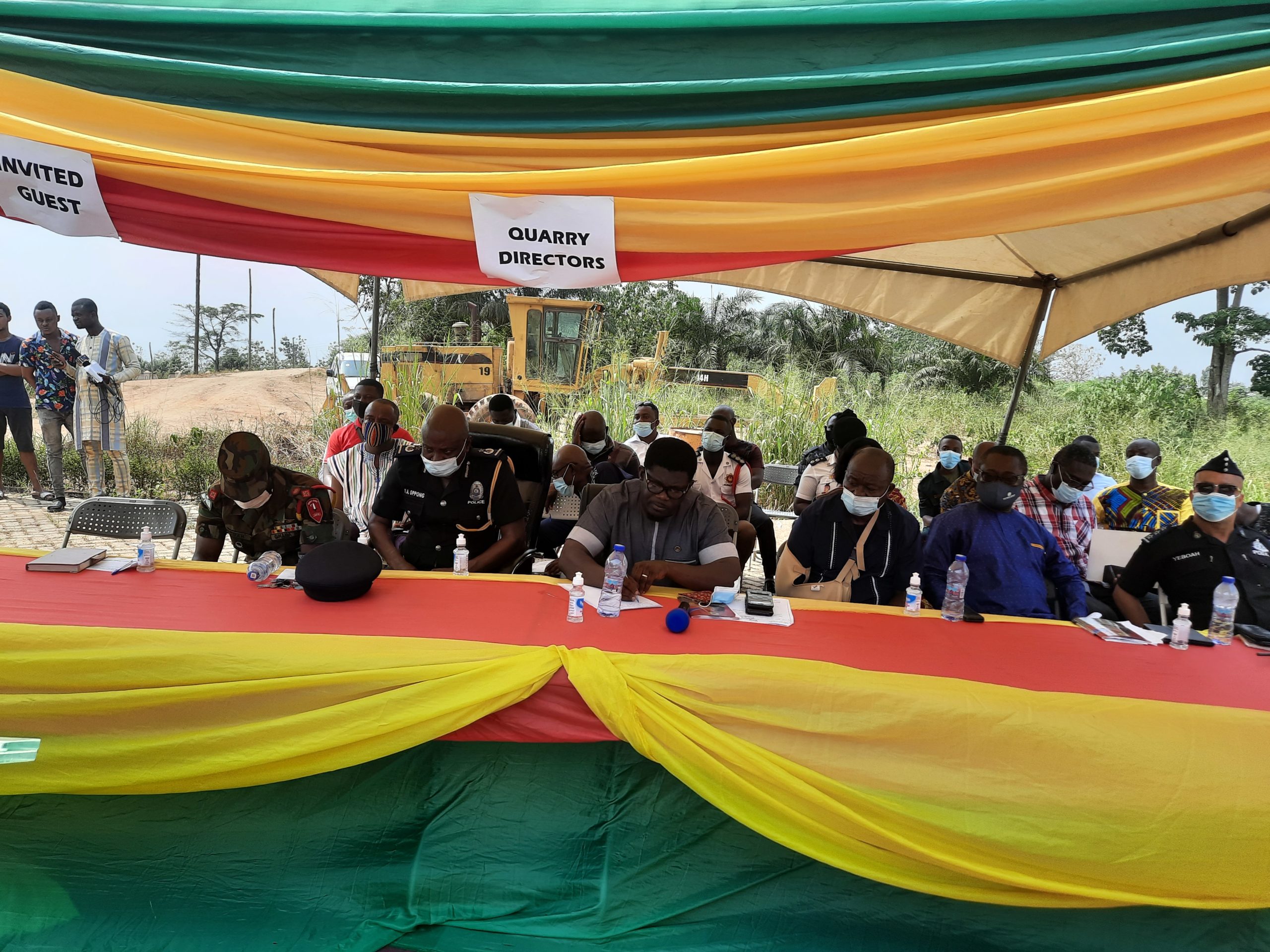 He said that government has issued a letter urging the Assembly to remove or demolish every structures being house, stores or anything that has been erected at unauthorised or approved areas such as quarry sites.

At a dialogue meeting for Quarry Stakeholders such as the DISEC, Chief, Quarry Owners, Assembly members and Residents at the quarry sites, Hon. Dr Adu-Poku Christian aka APC hinted that aside the ongoing encroachment the activities of the quarry workers poses dangers and threats to the lives of the people living around the place due to the dynamite and heavy earthquake associated with it.

The Chairman of the Quarry Development Fund Association who also the Chairman of the Northern Sector Quarry Association, Mr Adu-Tutu Gyamfi explained that, their challenges have now gone beyond encroaching but has turned now into moving and physically assaulting the workers with arms in their various quarries.

Finally the Deputy Operations Officer for the Central Command Headquarters of the Ghana Army, Lieutenant Colonel Dominic Ampomah in an interview with heroesghnews.com advised the general public particularly people residing and putting structures at the quarry sites to as soon as possible evacuate otherwise they will apply the law.

Previous Education must be your priority in spite of Covid-19 pandemic- Students told
Next Afigya Kwabre: Chiefs told to canvas more for development- APC