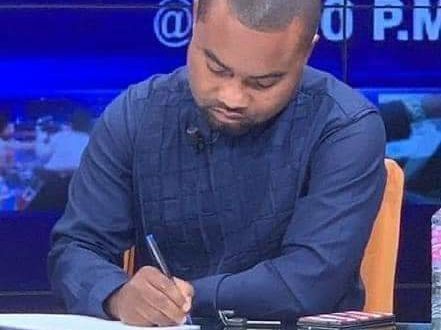 The fiscal recklessness of John Mahama and Seth Terkper between 2013 and 2016 has visited the heads of Akufo-Addo and Ken Ofori-Atta in 2022, and as part of usual African politics, NDC Members of Parliament are desperately twisting facts and changing the narrative to suit their come back to power on December 7, 2024.

It is true that Ghana is heavily in debts, forcing Credit Rating Agencies to downgrade Ghana, preventing Ghana to borrow from the External Money(or Financial) Market and thereby resorting to bailout from the IMF after Government failed to achieve the revenue target from the E-levy.

The question many Ghanaians would be asking, is it the fault of Akufo-Addo’s Government only or Playback of the adverse effects of John Mahama’s fiscal recklessness?

The NDC Members out of mischief & propaganda, and some NPP Members out of ignorance & lack of facts are jointly blaming Akufo-Addo’s Government to the larger extent Ken Ofori-Atta for the current economic crisis of Ghana.

But from the perspective of Facts and accuracy of Reports, it is NOT entirely True that Akufo-Addo’s Government and Ken Ofori-Atta are to be entirely blamed for the Fiscal Recklessness of Ghana.

For Monetary Recklessness, it is the sole responsibility of the Bank of Ghana and its leadership. No one can blame the Cedi-Dollar issues on Ken Ofori-Atta because that is NOT his responsibility as the Finance Minister.

For the purpose of this Article, I would limit myself to the Fiscal Recklessness of Ghana since the period of 2007 and 2022.

The debt crisis of Ghana is largely due to lending and borrowing(new debts or loans) not being adequately enough to generate sufficient revenue or resources to enable them to be repaid on timely basis. Ghana’s Government loses around 30% of revenue to External Debt Payments each year.

The World Bank and IMF as a result of pressure from the Global Jubilee Movement set up two Debt Relief Schemes known as the Heavily Indebted Poor Countries Initiative(HIPC) and Multilateral Debt Relief Initiative(MDRI).

Former President Kufuor’s Government took advantage of this move and went for debt cancellation under HIPC. As a result of HIPC move by Kufuor, the External Debt of Ghana fell from $6.6 billion in 2003 to $2.3 billion in 2006.

Because External Debts are owed in Dollars or other Foreign Currencies, this in turn increased the relative size of the Debt and Debt Payments of Ghana.

Ken Ofori-Atta as a Finance Minister needed to carry this heavy burden created by Seth Terkper and John Mahama’s Government.

6. Seth Terkper under the instruction of John Mahama borrowed more money through $1 billion of bond issued each in 2013, 2014 and 2015, all under English Law.

According to leading Global Experts, this is one of the “MOST STUPID BOND TRANSACTION EVER”.

A buyer of John Mahama/Seth Terkper bond in 2015 is already guaranteed of $1.15 billion and Ghana will still owed $1 billion and Interest Payments of $860 million.

The World Bank has to broke its own rules due to the incompetence of John Mahama and Seth Terkper by guaranteeing $400 million of payments if Ghana’s Government fails to pay.

The higher interest rate and guarantee by World Bank means that if Ghana were to pay the interest every year until 2024 then Default on all other payments from 2025 including the Principal, the Bond Speculators would still have made a profit of $90 million from Ghana’s Government more than if they had lent to the Government of the United States of America.

Ken Ofori-Atta when took over as the Finance Minister has to carry this unfortunate burden created by John Mahama and Seth Terkper.

7. Akufo-Addo’s Government inherited Huge Debt created by John Mahama/Seth Terkper in the Energy Sector as a result of power-purchase agreement.

Ken Ofori-Atta has so far paid over GHS 12 billion as the cost of excess energy capacity charges inherited from John Mahama’s Government.

8. John Mahama’s administration signed a monopoly contract under the Sankofa Gas Pipeline Deal for 20-25 years. Per the terms and conditions of this monopoly contract, Akufo-Addo’s Government had no choice but to continue with the contract payments. This has created a bad financial situation for the Country because Government is unable to reduce the cost of power/electricity for thermal generation.

Ken Ofori-Atta has been paying $46 million monthly and $552 million yearly as a debt for Sankofa Gas Pipeline Project left behind by John Mahama and Seth Terkper.

Ken Ofori-Atta on behalf of Government has paid $3.6 billion in the past almost six years for the Sankofa Gas Pipeline Deal.

The Banking/Financial Sector Clean-up Exercise cost Akufo-Addo’s Government of GHS 25 billion and this protected the Savings of over 4.6 million Depositors who are largely Ghanaians.

11. Akufo-Addo’s Government is expected to pay in full over GHS 10 billion debt to Contractors under the Ghana Chamber of Construction Industry(GhCCI). Larger part of this debt was left behind by John Mahama’s Government.

12. It took Ken Ofori-Atta to abolished 11 Nuisance and Killer Taxes as well as reviewing 4 other killer taxes imposed by Seth Terkper that were negatively affecting businesses in Ghana at the time coupled with 5 years of Mahama’s Dumsor.

Moving away from the Fiscal Recklessness of John Mahama/Seth Terkper, it is important as a Country we consider CANCELING the Payment of EX-GRATIA to Members of Parliament and other Public Office Holders. This is because the Ex-gratia is seriously contributing to the Fiscal Recklessness of Ghana thereby putting unnecessary pressure on the nation’s purse and Finance Ministry.

Finally, it is worthy to bring to the attention of Ghanaians that, Free SHS Policy alone has costed Akufo-Addo’s Government over GHS 7.62 billion since its implementation in 2017.

Currently, the economic situation in Ghana is not the best but we have to appreciate the fact that, Akufo-Addo’s Government has done well in several sectors of the economy. 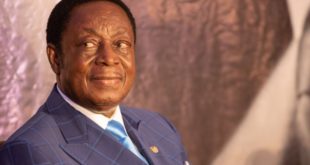 Former Minister of Finance, Dr Kwabena Duffuor has declared his readiness to contest the National …