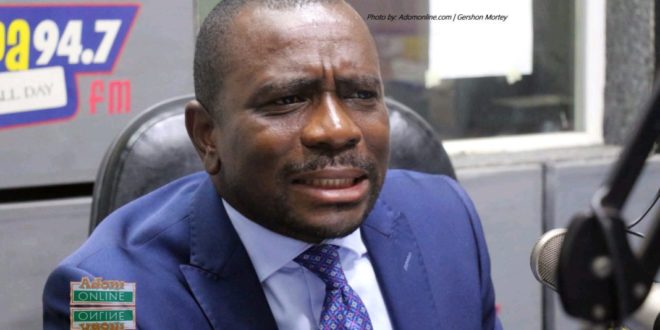 Member of Parliament (MP) for Akim Swedru, Kennedy Osei Nyarko, has lost his General Manager at his radio station.

The MP, who did not disclose more details of the death, said he is devastated upon hearing about the sad news of his passing.

Taking to his Facebook page, the former minister said his General Manager’s death has come to him as a shock as he never heard about his sickness until this morning when he was informed about his sad exit.

I have lost My General Manager at my Radio Station. I am so devastated this morning upon hearing about the sad news of your passing away. Death is so wicked. Bosome FM will forever remember you. I have lost a great Manager and Teacher. Your death has come to me as a shock, I never heard about your sickness until this morning when I was informed about your sad exit. Rest well Sir Spanky.

Previous Regional Breakdown Of Persons With HIV/AIDS- Study
Next Military To Start Deliveriy Fuel Across The Country From Monday.