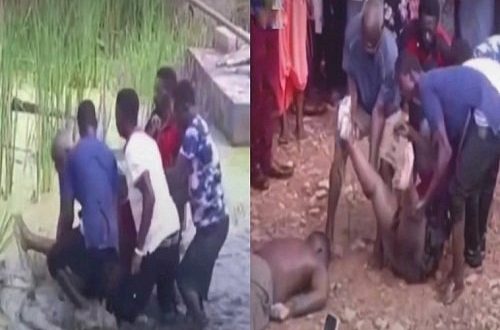 Accra: Man just returned from abroad dies with mother when trying to rescue her from electrocution.

electrocution
A young man has died with her mother whiles trying to save her from electrocution.
The incident happened at Mcharty in Accra during a heavy rainfall.

The man who had returned from abroad visited the mother to bid her goodbye.

Unfortunately on that very day, there was a heavy downpour which fell an electric poll.

No one knows what must’ve triggered the mother to walk in the stagnant water with the aim of lifting the poll from the water.

When the son saw her, he rushed into the water to rescue her but unfortunately they both got electrocuted.

The Chief of the area who spoke to the media pinned the blame on the district authorities who gives people permit to build in waterlogged areas.

Previous Tarkwa: 37 year old Prophetess assassinated
Next WCQ: Ghana will be in pot 2 and play-off draw, face these countries…